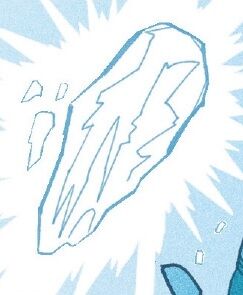 The Primagen (also known as Prima Materia) is a substance created and harvested by the Progenitors in the Garden-World inside the World Farm used as fuel. To the Progenitors, Primagen is easily farmed and widely used.[3] The Primagen was additionally employed as a catalyst to evolve the Kree from their primitive form.[2] The Kree's failed attempts at re-creating it resulted in the much less pure Terrigen, Antigen and Amphogen.[1] To the Kree, the Primagen became a forbidden legend, of which only high-ranking Kree soldiers have the clearance to discuss it.[4]

A millenia afterwards, a group of Inhumans learned of the existence of Primagen through the Plex Intelligence while looking for an alternative to Terrigen,[1] all of which had been destroyed by Medusa.[5] They eventually reached the World Farm, and barely made it alive to a Primagen deposit. They managed to escape with samples of Primagen and returned to Earth.[6]

Retrieved from "https://marvel.fandom.com/wiki/Primagen?oldid=5575589"
Community content is available under CC-BY-SA unless otherwise noted.