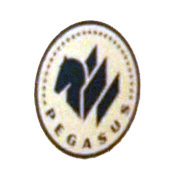 Phase 1 better known as Project: P.E.G.A.S.U.S. was a joint venture between S.H.I.E.L.D. and N.A.S.A., formed to investigate phenomena beyond the range of conventional scientific understanding. Both major contributors provided scientific expertise to the project, and due to the highly sensitive nature of the research conducted there, S.H.I.E.L.D. also provided its security force.

Project: P.E.G.A.S.U.S. played host to the Tesseract for many years, its scientists completely baffled by the object. By the early 21st Century they had determined that it was an incredible source of energy, but they had found no way to tap it. This changed when S.H.I.E.L.D. found Culver University Professor Erik Selvig, and brought him in to investigate the object. Upon seeing it he readily agreed to probe deeper, although unbeknownst to everyone at the time he was also being influenced by Loki.[1]

Eventually, Selvig came to a rudimentary understanding of the Tesseract's capabilities, although he was taken quite by surprise when it began to exhibit a curious energy build-up. Project: P.E.G.A.S.U.S. was hastily evacuated, but not before Loki himself appeared, apparently having triggered the Tesseract remotely to open a portal for him to reach Earth. In the confusion, Loki made his escape, but the unrestrained energies released from his transit finally erupted to consume the entirety of the Project: P.E.G.A.S.U.S. facility, leaving a vast crater in its wake of destruction.The final death toll measured in the dozens.[2]

Retrieved from "https://marvel.fandom.com/wiki/Project_P.E.G.A.S.U.S._(Earth-199999)?oldid=5581926"
Community content is available under CC-BY-SA unless otherwise noted.