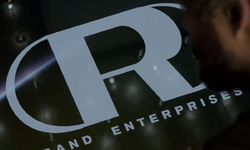 Rand Oil & Chemicals was a company based in New York. One of their trucks was transporting containers full of chemicals through the streets of New York when they almost hit an elderly man. A young boy named Matt Murdock pushed the man to safety, but the chemicals spilled out and hit the boy's eyes blinding him.[1]

Retrieved from "https://marvel.fandom.com/wiki/Rand_Enterprises_(Earth-199999)?oldid=5582105"
Community content is available under CC-BY-SA unless otherwise noted.