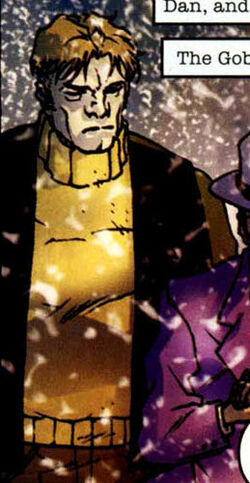 Ox was a member of the Enforcers, "hired muscle" of mob boss Norman Osborn, also known as The Goblin. Ox and the Enforcers roughhoused Peter Parker and May Parker in response to May's socialist speech, before being called off by reporter Ben Urich.[1]

Seemingly those of the Raymond Bloch of Earth-616.

Like this? Let us know!
Retrieved from "https://marvel.fandom.com/wiki/Raymond_Bloch_(Earth-90214)?oldid=5783951"
Community content is available under CC-BY-SA unless otherwise noted.