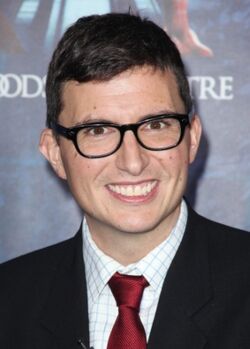 Roberto Aguirre-Sacasa was born in Washington, D.C., the son of a prominent Nicaraguan diplomat, and raised in both the United States and Nicaragua. He received his undergraduate degree at Georgetown University, where he studied playwriting under Donn B. Murphy, received a Masters Degree in English literature from McGill University, and graduated from the Yale School of Drama in 2003.

Aguirre-Sacasa grew up liking comic books. He began writing for Marvel Comics and he was signed for the Fantastic Four, with the first issues published early in 2004. The 11-page Fantastic Four story "The True Meaning of..." was in the Marvel Holiday Special 2004. He went on to write Fantastic Four stories in Marvel Knights 4, a spinoff of that superhero team's long-running title; and stories for Nightcrawler vol. 3; The Sensational Spider-Man vol. 2; and Dead of Night featuring Man-Thing.

In May 2008 Aguirre-Sacasa returned to the Fantastic Four with a miniseries tie-in to the company-wide "Secret Invasion" storyline concerning a years-long infiltration of Earth by the shape-shifting alien race, the Skrulls and an Angel Revelations miniseries with artists Barry Kitson and Adam Polina, respectively.

In 2013, he created Afterlife with Archie, depicting Archie Andrews in the midst of a zombie apocalypse; the book's success led to Aguirre-Sacasa being named Archie Comics' chief creative officer.

Retrieved from "https://marvel.fandom.com/wiki/Roberto_Aguirre-Sacasa?oldid=4962635"
Community content is available under CC-BY-SA unless otherwise noted.