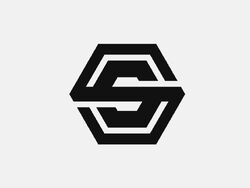 Sable International is a Symkaria-based security force owned by Silver Sable, the princess of Symkaria. Founded by Silver's grandfather, it is known for intervening in European countries that struggled against rising crime and other internal social issues. Yet, the organization has an alarming track record of overstepping their boundaries, often intimidating civilians and disregarding local law enforcement's policies altogether.

After the Demons terrorist attack at the New York City Hall and their threats against Mayor Norman Osborn's life, Silver Sable International was hired to help the Police on containing the situation. As the Demons actions become more violent over time, Sable International held various operations in the city, setting up bases and various outposts on avenues and alleys, looking for potential citizens who may have been corrupted by the Demons. When became clear that Dr. Morgan Michaels was the one in possession of the Devil's Breath, a bioweapon that the Demons were looking for, Sable International sends a team to escort him safely out of town, only for the escort team to be completly obliterated, and Dr. Michaels captured. This puts Sable on bad terms with Norman, who threatens to suspend her activities on the city. The sample was later recovered thanks to the intervention of Spider-Man and Mary Jane Watson. When the Devil's Breath was released into New York City by Doctor Octopus, Norman Osborn blamed Spider-Man for the incident, making him a priority target for the company, and gives Sable International permission to enact martial law, as they proceed to place Manhattan under quarantine. When Silver Sable left New York City, she stated that she owned the company, but didn't controlled her mercenaries, who stayed behind in the city, as Norman was still paying them. After the Devil's Breath was erradicated, Sable International was driven out New York by Spider-Man, who managed to end all of their operations, as they were attacking and harming civilians with no prupose.

The City That Never Sleeps

Unbeknownst to many, Sable International left many of their equipment and supplies behind. This equipment was later found by Hammerhead, who used it to arm his gang to take over New York City.

Like this? Let us know!
Retrieved from "https://marvel.fandom.com/wiki/Sable_International_(Earth-1048)?oldid=6495372"
Community content is available under CC-BY-SA unless otherwise noted.