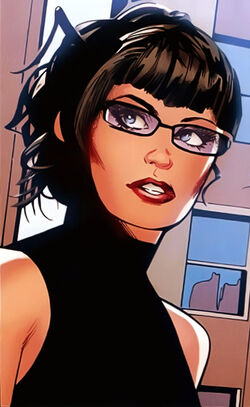 Sadie Sinclair was the Mayor of San Francisco when Namor was threatening the city she was on the scene, suggesting that the Initiative team The Order should move to her city instead of Los Angeles.[3]

Later when the "Goddess" transformed part of the city into a hippie's paradise. After everything was returned to normal and she was saved from being run over by a truck by Angel, Mayor Sinclair then invited the X-Men to make San Francisco their new home.[1]

Like this? Let us know!
Retrieved from "https://marvel.fandom.com/wiki/Sadie_Sinclair_(Earth-616)?oldid=5706057"
Community content is available under CC-BY-SA unless otherwise noted.