For fictional versions of Sal Buscema as a character within comic books and/or other media,
visit this disambiguation page.
Sal Buscema 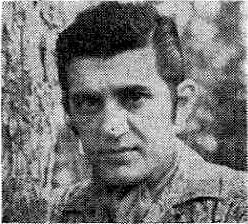 Sal Buscema (pronounced: Byou-sema) was born Silvio Buscema in Brooklyn, New York, on January 26, 1936. He is the son of a barber and the youngest of four children, including Alfred, John, and Carol. They are first generation immigrants as their father came to America from Italy in 1973.

He has said of his more famous brother, John Buscema, that he was "greatly responsible for me pursuing drawing. ... John was definitely an inspiration."

Like this? Let us know!
Retrieved from "https://marvel.fandom.com/wiki/Sal_Buscema?oldid=6549415"
Community content is available under CC-BY-SA unless otherwise noted.