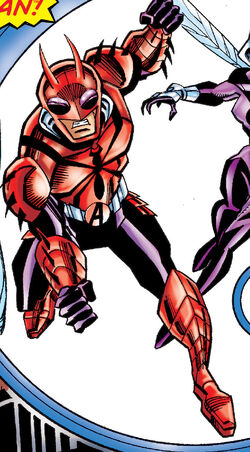 After the original Avengers disbanded under mysterious circumstances, Scott Lang officially became an Avenger for a time. His daughter, Cassie, went on to become not only a researcher in her own right, but a hero, as well, as Stinger.[citation needed]


Edwin Jarvis approached Scott to see if he was interested in taking up the role of technical adviser to the new Avengers. Scott jumped at the chance, thinking this would give him the chance to spend even more time with his daughter and be close to the new heroes, offering them some advice if they need it.[citation needed]

Seemingly those of the Scott Lang of Earth-616.

Like this? Let us know!
Retrieved from "https://marvel.fandom.com/wiki/Scott_Lang_(Earth-982)?oldid=5677944"
Community content is available under CC-BY-SA unless otherwise noted.