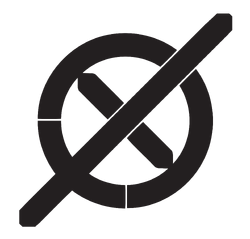 S.W.O.R.D. (an acronym for Sentient World Observation and Response Department) was a counter terrorism and intelligence agency which dealt with extraterrestrial threats to world security. S.W.O.R.D. was a subdivision of S.H.I.E.L.D. but appeared to be largely autonomous of its parent organization. Since the departure of Nick Fury as director of S.H.I.E.L.D., relations between the two organizations became strained.[2]

The head of S.W.O.R.D was Special Agent Abigail Brand. Its primary command-and-control HQ was aboard the orbital space station known as the Peak.[3] S.W.O.R.D. was known to have at least one undercover operative in the X-Mansion: Shadowcat's pet dragon, Lockheed.[4]

When Ord of the Breakworld tried to declare war on Earth S.W.O.R.D. was able to settle with him diplomatically by offering him a chance to eradicate the mutant gene, while they would seek to identify the mutant that would be responsible for the Breakworld's destruction. However, Ord went on his own and developed a "cure" to the mutant condition, but he was defeated by the X-Men and apprehended by S.W.O.R.D..[2] S.W.O.R.D. then assisted the X-Men in stopping the Breakworldians from launching a missile aimed at Earth.[4]

During the Skrulls' Secret Invasion of Earth, the Peak was destroyed by a Skrull infiltrator posing as Dum-Dum Dugan. This caused many agent casualties, though some, including Brand, were able to survive thanks to their advanced suit with life-support system but were stranded in space.[5] Brand was able to infiltrate one of the Skrull's ships and freed Reed Richards which proved to instrumental in defeating the Skrulls.[6]

Henry Peter Gyrich was assigned as co-commander of S.W.O.R.D. alongside Brand, and persuaded the heads of S.W.O.R.D. to pass legislation to have all aliens currently living on Earth deported from the planet, while Brand was away.[7]

The Apocalypse Twins then went on to damage the Peak, which forced the agents to evacuate. Following this, the debris of the Peak nearly destroyed Rio de Janeiro, but was safely vaporized by Sunfire.[8]

S.W.O.R.D. sent some teams to deal with the Brood threat in the Jean Grey School, but they ended up being killed.[9] S.W.O.R.D. was then overtaken by Symbiote-possessed Brood which went on to infect other personnel of the organization. The Symbiote Imperium intended to infect Deathbird and her unborn child, before being defeated by the X-Men.[10]

At an unknown point in time, S.W.O.R.D. was attacked by the Vescora, an alien race that acts like a virus given humanoid form. They were able to infiltrate the Peak thanks to a portal built within it and kill almost all of the agents, while the surviving ones were infected. As part for the Ten of Swords challenge, Cable and his parents entered the Peak where he used the Light of Galador to power it back up which also reopened the portal. They fought off the arriving Vescora before returning to Krakoa.[11]

With the Vescora eliminated S.W.O.R.D. was started back up with Brand once again the head although now being in allegiance with Krakoa. To this end Cable was assigned as director of security, Takeshi Matsuya the teams technology expert, Eden Fesi the head of Logistics and a central part of teleportation team known as the Six (consisting itself of Blink, Lila Cheney, Gateway, Vanisher, and Amelia Vought) Joanna Cargill was placed head of diplomatic relations with Armor working under her, and Fabian Cortez (much to the others ire) head of the medical team due to his powers. When Magneto arrived the station to provide oversight from the Krakoan council He was greeted by Cable Brand then arrived soon after and showed Erik around .The two talked about the goal of the organization with Brand telling Erik that while S.W.O.R.D. was working in conjunction with Krakoa her focus could not be focused just on mutant needs and that she had to think beyond Krakoa needs as well although Erik pointed out that S.W.O.R.D had Krakoa’s favor and that they in fact worked for her. Erik also assured her that unlike in the past Krakoa would always be transparent with her. Soon after Brand had the Six successfully teleport to the Edge of creation to procure a artifact. [12]

When Knull and his symbiotes invaded Earth, Brand had Random, Frenzy, Paibok, and Fabian go to Krakoa to rescue the Five in the case that Knull succeeded.[13]

Like this? Let us know!
Retrieved from "https://marvel.fandom.com/wiki/Sentient_World_Observation_and_Response_Department_(Earth-616)?oldid=6429034"
Community content is available under CC-BY-SA unless otherwise noted.