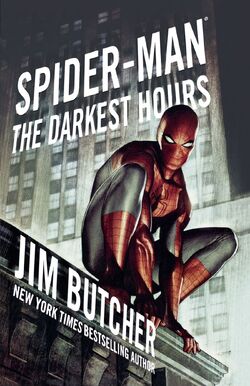 Even though he is a chemistry teacher, Peter Parker has now been forced to be a substitute basketball coach over at Midtown High where he works. His ineptness soon negatively draws the attention of basketball star Samuel Larkin, who challenges Peter and refuses to cooperate with his own teammates. Going over the player's records, Peter soon discovers that Larkin has not taken all of the required vaccines needed to play at the school, which will mean his automatic expulsion from the team for the remainder of the season, as well as dwindle his chances of getting a scholarship to a good university.

After a long day of coaching, Peter returns home and discovers that Mary Jane has won a part as Lady Macbeth in Shakespeare's Macbeth. However, the play is held in Atlantic City, so in order to compensate for the long drive, MJ bought a car despite not having a driver's license, let alone any idea how to drive. They began discussing whether or not Peter should teach her. In the middle of the talk, however, the Rhino attacks Times Square, so Peter leaves to go fight him as Spider-Man.

While on the way there, Spider-Man runs into Black Cat, who claims the rampage is a trap and that Peter should not go. He ignores her warning, though, and continues to head there. Peter easily defeats Rhino, knocking him unconscious in the process. Just as he does, however, the siblings of Morlun - Thanis, Malos, and Mortia - appear. They blame Spider-Man for their brother's death despite the Other being the true person who ripped his throat out, and now want revenge by killing him. Spidey initially flees, but with the help of a SWAT team and Black Cat he eventually takes them on (he also seeks help from Doctor Strange but is declined, with Strange asserting that his interference would harm the cosmic balance). Mary Jane comes to the fight scene and becomes jealous that Felicia is able to help Peter fight the siblings, as well as how the siblings are treating her husband. Enraged, she takes her car and runs Morlun's siblings over, distracting them and giving Spider-Man the time needed to banish them to a barren netherworld using three trinkets Strange had secretly arranged to be given to him.

Like this? Let us know!
Retrieved from "https://marvel.fandom.com/wiki/Spider-Man:_The_Darkest_Hours_(novel)?oldid=6480184"
Community content is available under CC-BY-SA unless otherwise noted.