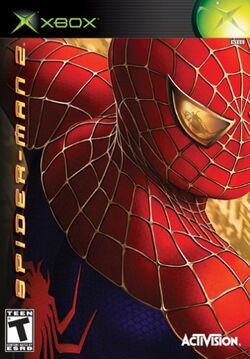 Two years after the events the events of the first game. Spider-Man is trying to balance his civilian and superhero life, frequently late or absent for school, work, and is almost never able to spend time with his friends. After a dinner with Mary Jane Watson, Peter thwarts an armed looting of an art museum, while there he encounters the mysterious Black Cat. He chases her but she manages to escape. Soon after this, he thwarts an attack in the streets of Manhattan by an armored supervillain named Rhino. Meanwhile, Doctor Otto Octavius attempts to recreate nuclear fusion of that seen in the sun to provide an energy source for Manhattan. To control this fusion, he creates four metal arms which he can mentally control. His fusion creates a strong magnetic field, destroying the lab, killing his wife Rosie, and grafting his metal arms to his spine and giving his arms control over him. He blames Spider-Man for the incident, despite the fact that Spider-Man was not in the lab until the middle of it.

Octavius, now known as Doctor Octopus, kidnaps Aunt May, but she is saved by Spider-Man. In the time following, special effects artist Quentin Beck tries to prove that Spider-Man is a fraud by challenging Peter in a series of "games". Spider-Man emerges successful. Consequently, Beck tries to kill Spider-Man, but is thwarted. The embarrassment causes Beck to assume the identity of Mysterio, attacking journalists attending his press conference, and commands his "UFOs" to "invade" the Statue of Liberty. Both of these attacks are thwarted by Spider-Man's efforts, with no casualties. Spider-Man eventually teams up with Black Cat, who leads him to the Shocker, who escaped during Beck's initial competition with Spider-Man. Shocker is apprehended in a warehouse after attempting to use an experimental propulsion system to enhance his powers, while Mysterio is knocked out with one punch from Spider-Man while trying to rob a Speedy Mart. Mysterio tells Spider-Man that he trifles with his power once again, Mysterio tells him that Peter will face his doom today, and he hits him as Mysterio's helmet drops reveals himself to be Quentin Beck. Peter takes a few photos of Beck as Mysterio, and J. Jonah Jameson uses these photos to make it appear that Spider-Man is in league with Mysterio. Black Cat then leads Spider-Man to an illegal weapons trade, where she tries to convince him to permanently become Spider-Man, but he rejects the idea, saying that he cannot stop being either Spider-Man or who he really is.

Doctor Octopus kidnaps Mary Jane Watson and steals tritium from Harry Osborn to repower his nuclear fusion in exchange for Spider-Man. A long battle on top of a moving train leads to Peter being delivered to Harry. Harry unmasks him, and is greatly shocked that his best friend is Spider-Man. Nevertheless, Harry tells Peter where Doctor Octopus is based, and Spider-Man sets off to defeat Doctor Octopus a final time. After shut down all the switches, Peter sees that the fusion reactor is still on and all of them explodes. After Peter defeats Dr. Octopus and push him into a switch that shocks him, Otto regains control of his mind and sacrifices himself to destroy the fusion reactor permanently.

The next day, Peter gets a surprise visit from Mary Jane, who tells Peter that she cannot live without him, and wants to offer her full support to his life as Spider-Man.

Like this? Let us know!
Retrieved from "https://marvel.fandom.com/wiki/Spider-Man_2_(video_game)?oldid=6462102"
Community content is available under CC-BY-SA unless otherwise noted.