The greatest battle lies within.

Whatever comes our way, whatever battle we have raging inside us, we always have a choice.[...] It's the choices that make us who we are and we can always choose to do what's right.

Peter Parker is beginning to relax in his life. Spider-Man has become a cultural phenomenon, his studies are excelling, and his girlfriend, Mary Jane, has performed her first real major act in a Broadway show (with both him and Harry in the audience). Peter is up for a job at the Bugle, as long as he can get a picture of Spider-Man committing a crime before Eddie Brock does.

While Peter and Mary Jane make out in the woods, a meteor lands nearby without the couple noticing. An alien symbiote oozes from the meteorite and hitches a ride on Peter's motorized yellow scooter as they depart.

At Aunt May's apartment, Peter reveals that he's planning on proposing to Mary Jane. Aunt May gives Peter the ring Uncle Ben gave her, and Peter gratefully accepts. As Peter rides home on his scooter, he is suddenly attacked by Harry Osborn in a new goblin suit. They fight, and Harry is defeated when Peter makes an invisible web line across two walls, causing him to hit his head on a bar and send him toppling into the ground. Worried about his friend's condition, Peter takes Harry to the hospital. Due to the bump on the head, Harry loses most of his memory and forgets that Peter is Spider-Man, and his enemy.

Across town, Flint Marko escapes from prison and goes to his old apartment, where his wife and daughter still live. Penny, his daughter, gives him a pendant with her own picture on it before he is kicked out since he's on the run from the police.

When Peter Parker arrives back at his crusty apartment, Mary Jane comes in and shows him the review from her first major act. The critics said her voice was too small, so she is devastated (and later replaced). Due to the success of Spider-Man's career and Peter being so happy, MJ starts to become a bit jealous, especially when she watches Spider-Man kiss another girl at Spider-Man's Key to the City ceremony.

Flint Marko is still being chased by the police and ends up in an "Active Particle Testing Facility" where he accidentally falls into the middle of an experiment. Thinking he's just one or two birds, the scientists continue with the test, and he is turned into living sand, becoming the Sandman. Even through this ordeal, Marko's intentions are to steal enough money for Penny to have the operation she needs. Spotting a bank car and using his powers, he attempts to steal the cash inside. Spider-Man manages to foil his plan, but Marko escapes. In the fight, a building is partially crushed, causing Gwen Stacy, daughter of the police commissioner (and the girl he kissed at the ceremony), to fall out of it. Spider-Man saves her life.

About a day later, Peter and Aunt May visit the police station where they are told that Uncle Ben's real killer was Flint Marko and that the original killer was merely an accomplice. Recognizing the mugshot of Marko as the Sandman, Peter swears revenge.

In his sleep, Peter has a nightmare about how Uncle Ben died while the symbiote, which is now in his apartment room, bonds with him when it senses his intense emotions. Peter awakes to find that he's wearing a new suit, and the next day, visits his science professor, Curt Connors to find out what it is made of. Dr. Connors tells him that it is a symbiote, which needs to bond to a host to survive, and warns Peter to avoid it, since it can have negative effects on the host.

Ignoring this advice, Peter finds Marko on the street, and they end up fighting. The brawl advances to the point that Peter breaks a water pipe, turning Sandman into mud while sweeping him out to sea, seemingly killing him.

Back at home, Harry Osborn begins to remember his vendetta with Spider-Man, which triggers problems in his mind that cause him to hear his father's voice saying, "Strike at the heart!" He does so by forcing MJ to break up with Peter.

Bad news turns to worse as Eddie Brock is getting rewarded with the job for taking a picture of Spider-Man committing a crime. Peter points out how it is a Photoshop fake, and Eddie is kicked out of the Daily Bugle.

Peter figures out that Harry set up Mary Jane and fights Harry while enraged. The fight ends with Harry's own pumpkin bomb blowing up in his face.

Peter gets even more dark when he takes Gwen Stacy on a date to smite Mary Jane. Eddie is furious with Peter for first causing him to lose a job, and second taking his girlfriend Gwen on a date. He goes to the local church where he prays for God to kill Peter Parker. Coincidentally, Peter figures out that the suit is causing him to have horrible emotions and goes to the Church's bell tower in an attempt to rip the Symbiote off of himself. Accidentally banging on the tower's bell makes the symbiote fall apart, and a small piece falls down the tower onto Eddie Brock making him Venom, and causing the discovery that Peter is Spider-Man.

Upset about how he has been acting, Peter decides to return the ring to Aunt May saying that he is not ready to marry Mary Jane. Meanwhile, Venom finds the Sandman who is on the loose again, and they join forces to kill Spider-Man. They set up a trap for him using Mary Jane in a taxi dangling from a construction site. Peter sees the crisis on television and goes to try to convince Harry to help him save MJ since he loved her once too. Harry, now with horrible scars on his face, refuses and sends Peter away. Harry's butler then reveals to him that his father had killed himself accidentally with his own glider.

At the construction site, Sandman comes up from the ground as a giant taunting the spectators and keeping the police away. Alongside Venom, the two beat Spider-Man into submission. Just as they are about to kill him, a single pumpkin bomb explodes inside Sandman, and Harry has come to the rescue. Spider-Man and Harry win the fight at the cost of Harry's life, saving Peter's at the same time. Peter then remembers that the Symbiote is sensitive to sound and uses pipes to pull Eddie out of it, destroying it with a pumpkin bomb just as Eddie jumps back in, seemingly killing him.

Marko reveals that he never intended to kill Ben; he only wanted his car and accidentally shot him when Dennis grabbed his arm. Ben's death has haunted him ever since. Peter forgives Marko, who dissolves into sand and floats away. Peter and Harry forgive each other before Harry dies with Mary Jane and Peter at his side. Peter later visits the jazz club where Mary Jane is singing, and they begin mending their relationship. 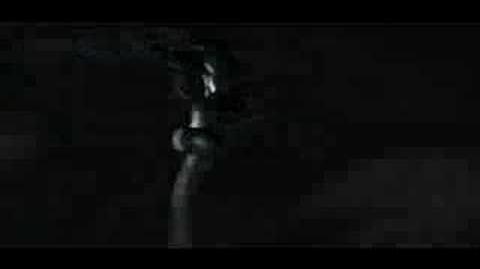