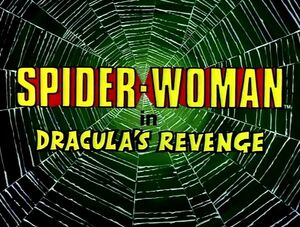 Being part spider is challenging enough. I have no intention of being part vampire, also.

Like this? Let us know!
Retrieved from "https://marvel.fandom.com/wiki/Spider-Woman_(animated_series)_Season_1_10?oldid=6499010"
Community content is available under CC-BY-SA unless otherwise noted.