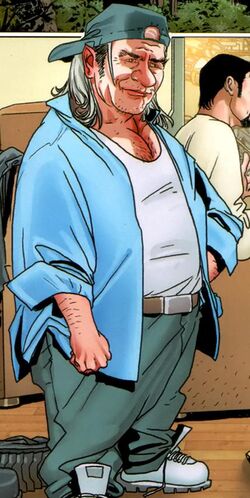 Splitlip was a Dwarf of Nidavellir and the leader of the workshops of Svartalfheim. During the rise of the Serpent, he helped Tony Stark to create magic weapons with which the Avengers defeated Serpent's Worthy.[1]

In the aftermath, Tony offered Splitlip a job at Stark Resilient as he needed a reason to live and to stop drinking.[2]

Alcoholism: After seeing Stark refuse a drink after almost getting killed Splitlip asked for help to deal with his own drinking issues.[3] He has started regularly attending AA meetings.

Like this? Let us know!
Retrieved from "https://marvel.fandom.com/wiki/Splitlip_(Earth-616)?oldid=5120232"
Community content is available under CC-BY-SA unless otherwise noted.