Stark Expo is in Flushing Meadows, New York. It is an expo that brings minds together from around the world and combines them to try and develop new things for the future of mankind and the world.

At the 1943 Stark Expo, where a "Technology of the Future" exhibit is being presented by Howard Stark himself. Notable demonstrations were Phineas Horton's; "Synthetic Man" and a flying car based of repulsor technology. The success of the presentation would lead Howard Stark to later expand the event. [1]

Howard Stark started the 1974 calling it the City of the Future, but was limited with the technology of his time so he couldn't complete it.

His son Tony Stark brought it back to try and pull the world together with technology for the future.

Day 362 - Tony Stark used the Iron Man Armor MK IV to open it along with his Ironette Dancers. Tony introduced the expo then showed a video of his father describing his vision of the future. Chess Roberts reported on the opening.

Day 343 - Justin Hammer presented his Hammer Drones even though Ivan Vanko was the one who had created them. Vanko was controlling the drones and used them to try and kill Stark to avenge his father who was wronged by Howard Stark. The Expo was left in ruins.[2] 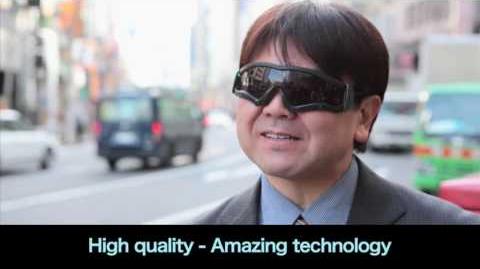