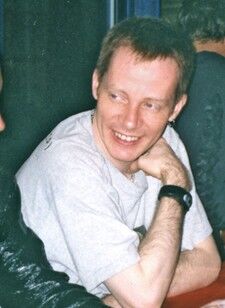 Steve Cook was art director and designer for the British comic 2000 AD from 1988 to 2001 having previously worked as art editor for Marvel UK. He regularly designs logo's for comics with such titles as The Losers, American Virgin, House of Mystery, Knight & Squire, Batman and Red Tornado. His collaborators include Grant Morrison and Brendan McCarthy with whom he worked on the 'Spider-Man: Fever' title for Marvel, producing the digital FX, colors and letters.

Like this? Let us know!
Retrieved from "https://marvel.fandom.com/wiki/Steve_Cook?oldid=6836208"
Community content is available under CC-BY-SA unless otherwise noted.