Marvel Database
Register
Don't have an account?
Sign In
Advertisement
in: Marvel Staff, Male Staff Members, Born in 1927,
and 8 more

View source
watch 01:32
She-Hulk Trailer Dropped - The Loop
Do you like this video?
Play Sound
For fictional versions of Steve Ditko as a character within comic books or other media,
visit this disambiguation page.

Stephen Ditko was a renowned American comic book artist and writer best known as the co-creator of Spider-Man and Doctor Strange. Ditko studied at the Cartoonists and Illustrators School in New York City under Jerry Robinson and began professionally illustrating comic books in 1953.

Ditko resided in New York City as of 2006. Though a prolific and hard-working artist, he is also an intensely private man. Preferring to let his work speak for itself (through both his comics work and numerous essays in Synder's fanzine The Comics), he has refused to give interviews since the 1960s.

On June 29, 2018, Steve Ditko was found dead in his apartment, and it was estimated by the New York Police Department that he had passed away roughly two days prior.[1] To pay tribute to Ditko, the inside front cover and first three pages of all Marvel comics published on August 8 were turned into a four-page eulogy, which included words by Chief Creative Officer Joe Quesada, Editor-in-Chief C.B. Cebulski and Executive Editor Nick Lowe.

Much of his early work, beginning in the early 1950s, was for Charlton Comics (for whom he continued to work intermittently until the company's demise in 1986), producing science fiction, horror and mystery stories, as well as the first Captain Atom stories in 1960-61. Later in the decade, he would also begin drawing for Atlas Comics, the 1950s precursor of Marvel Comics.

Often overshadowed by his Amazing Spider-Man work, Ditko's "Doctor Strange" stories were equally remarkable, showcasing surrealistic mystical landscapes and increasingly head-trippy visuals that helped make the feature a favorite of college students, according to contemporaneous accounts. Eventually, as co-plotter and later sole plotter, in the "Marvel Method", Ditko would take Strange into ever-more-abstract realms, which yet remained well-grounded thanks to Lee's reliably humanistic, adventure/soap opera dialog. Ditko's tenure on "Dr. Strange" culminated in the introduction, in Strange Tales #146 (July 1966), of Ditko's grand and enduring conception of Eternity, the personification of the universe, depicted as a majestic silhouette whose outlines are filled with the cosmos. It was a groundbreaking creation at a time long before such cosmic conceits were commonplace.

Whichever feature he drew, Ditko's idiosyncratic, cleanly detailed, instantly recognizable art style, emphasizing mood and anxiety, found great favor with readers. The character of Spider-Man and his troubled personal life meshed well with Ditko's own style and interests, which Lee eventually acknowledged by giving the artist plotting credits on the latter part of their 38-issue run. But after four years on the title, Ditko left Marvel; he and Lee had not been on speaking terms for some time, though the details remain uncertain. The last straw is often alleged to have been a disagreement as to the secret identity of the Green Goblin, but Ditko himself has stated in print that this was not the case.

Writer and future Marvel editor Roy Thomas said in a 1998 interview that, "I'll never forget the day I walked into one Marvel office not long after Ditko quit, and here's John Romita drawing Amazing Spider-Man and Larry Lieber drawing the Spider-Man Annual and Marie Severin drawing 'Dr. Strange', and I joked, 'This is the Steve Ditko Room; it takes three of you to do what Steve Ditko used to do.'"[2]

At Charlton - where the page rate was low but which allowed its creators great freedom - Ditko in the 1960s worked worked on such characters as Captain Atom (1960-61; 65-67), Blue Beetle (1967-68) and The Question (1967-68), and in the 1973/74 writer Joe Gill's Liberty Belle (a backup feature in the comic E-Man), and Ditko's own Killjoy (also in E-Man). With the The Question and Killjoy, Ditko freely expressed his personal philosophy, inspired by Ayn Rand's objectivism and the writings of Greek philosopher Aristotle. Ditko also produced much work for Charlton's science-fiction and horror titles. In addition, he drew 16 stories for Warren Publishing's horror-comic magazines, most of which were done using ink-wash.

In 1967, Ditko gave his philosophical ideas ultimate expression in the form of Mr. A, published in Wally Wood's independent title witzend #3. Ditko's hard line against criminals was controversial and alienated many fans, but he continued to produce Mr. A stories and one-pagers until the end of the 1970s. Ditko returned to Mr. A once more in 2000.

In 1968, Charlton editor Dick Giordano moved to DC Comics and Ditko, like several other artists and writers in Giordano's stable, moved with him. He created the Creeper (in Showcase #73, March-April 1968, with scripter Don Segall); and with writer Steve Skeates, co-created Hawk and Dove in Showcase #75, working on the first two issues of their ongoing series (Sept.-Nov. 1968) before it was turned over to artist Gil Kane. Unusually for the time, plotter and penciller Ditko used these fondly remembered superhero features to explore complicated ethical issues.

Ditko's stay at DC was short - he would work on all six issues of the Creeper's own title Beware the Creeper (June 1968 - April 1969), though leaving midway through the final one - and again, the reasons for his departure are uncertain. From this time up through the mid-1970s, he worked exclusively for Charlton and various small press/independent publishers.

Ditko returned to DC in 1975, creating one short-lived title, Shade, the Changing Man (1977-78). Shade was later successfully revived, without Ditko's involvement, and was one of the longer-running titles in the DC Vertigo line. He also revived the Creeper and did various other jobs such as a short Demon backup series in 1979, work on Legion of Superheroes in 1980-81, and various stories in DC's horror and science-fiction anthologies. He also did the artwork for the Prince Gavin Starman in Adventure Comics #467-478 (1980).

Ditko finally returned to Marvel in 1979, taking over Jack Kirby's Machine Man title. He freelanced regularly for both companies until his retirement from mainstream comics in 1998, having produced in his latter years a wealth of work showcasing his unique take on everything from such established characters as the Sub-Mariner (in Marvel Comics Presents) to the Mighty Morphin Power Rangers. The last major character he created was Speedball, for Marvel Comics.

Since then, his strictly solo work has been published intermittently by independent publisher and long-time friend Robin Snyder, who was his editor at Charlton, Archie Comics (where Snyder scripted Ditko's plots on a revival of Joe Simon and Jack Kirby's The Fly, and Renegade Press in the 1980s. The Snyder-published books have included Static, The Missing Man, The Mocker and, in 2002, Avenging World, a giant collection of stories and essays spanning 30 years.

In 1993, he did a one-shot comic, The Safest Place in the World at Dark Horse Comics, then an aborted series at Fantagraphics Books, Steve Ditko's Strange Avenging Tales that lasted only one issues in 1997. 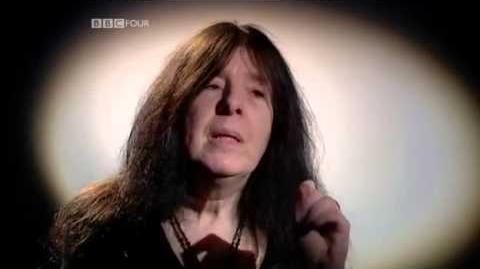