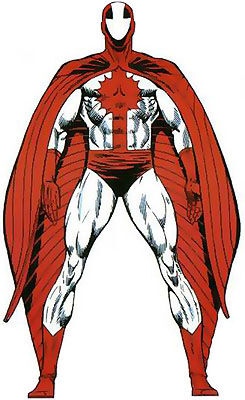 Oceanographer Dr. Walter Newell designed a unique suit for deep sea exploration. He took the name Stingray after basing some of its design on manta rays. He was ordered by Edgar Benton to bring Namor in to investigate the disappearance of water from Earth's oceans.[1]

Newell's suit was targeted by Iron Man during the Armor Wars until Stark had finally determined his suit did not contain any stolen Stark Industries technology.[2]

Like this? Let us know!
Retrieved from "https://marvel.fandom.com/wiki/Stingray%27s_Suit?oldid=6473886"
Community content is available under CC-BY-SA unless otherwise noted.