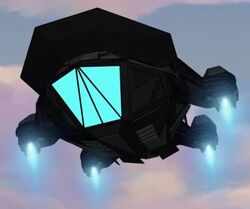 S.H.I.E.L.D. (Strategic Homeland Intervention Enforcement and Logistics Division) is a international task force charged to ensure the protection of the world. It is under the jurisdiction of the United Nations, with vast technological resources at its disposal, with U.N. General Assembly Resolutions and legislation passed in signatory nations aiding many of their operations.

S.H.I.E.L.D. does employ some superhumans, and obtains help from independent heroes when their special abilities are needed. It has also accepted some superheroes and supervillains as members.

During an attack on Earth by Loki, director Nick Fury brings to together a group of heroes to help protect Earth. The Avengers team consisted of Tony Stark alias Iron Man, Thor the Prince of Thunder, Captain America the first Avengers and Hulk, the strongest being on the planet. He also recruits to of the best S.H.I.E.L.D. agents to join the team Black Widow and Hawkeye. After the battle the team disbands, but are willing to come together if Earth is threatened again.

Its director, Nick Fury created a program to train young superheroes to make them the "Ultimates". This team consists of Spider-Man, Iron Fist, Nova, White Tiger and Power Man.

Tricarrier, jets, and other types of military vehicles, formerly Helicarrier

This organization was based from the movie version.

Like this? Let us know!
Retrieved from "https://marvel.fandom.com/wiki/Strategic_Homeland_Intervention,_Enforcement_and_Logistics_Division_(Earth-12041)?oldid=6494905"
Community content is available under CC-BY-SA unless otherwise noted.