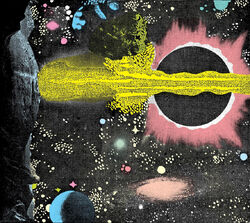 Tarnax was the home star system of the Skrull Empire. Approximately 100,000 years ago, the Skrulls throneworld was relocated from Skrullos the Skrull homeworld to Tarnax IV.[1] Which remained the center of the empire till its destruction at the hands of Galactus.[2][3]

After the defeat of the Builders and liberation of Earth from Thanos by the Galactic Council and the Avengers, the Skrull warlords who had united under warlord Kl'rt the Super-Skrull, made him their emperor. He then established Tarnax II as the new throneworld of the reestablished Skrull Empire.[7]

Like this? Let us know!
Retrieved from "https://marvel.fandom.com/wiki/Tarnax_(Star_System)?oldid=5495695"
Community content is available under CC-BY-SA unless otherwise noted.