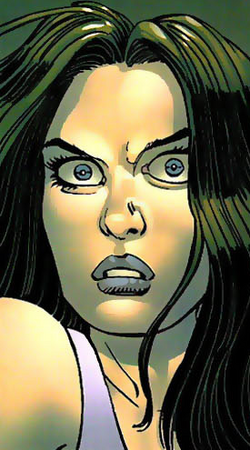 Tess Black is a demigoddess, the daughter of a mortal woman and the Asgardian god of mischief, Loki.

She was once possessed by the ancient Sorceress of Chaos, Morwen, but Loki and Spider-Man helped her escape from the possession.[1]

She is a demigoddess,[citation needed] but apparently doesn't have any powers.

Like this? Let us know!
Retrieved from "https://marvel.fandom.com/wiki/Tess_Black_(Earth-616)?oldid=5255475"
Community content is available under CC-BY-SA unless otherwise noted.