View source
watch 01:33
Wiki Targeted (Entertainment)
Do you like this video?
Play Sound
Part of the Zero Sanctuary arc

I was a little girl, the last person alive on the only planet I'd ever known. Even if he'd let me live, it was only a matter of time before I would have starved, or fell down a well. Of course I could see the face of Death.

Appearing in "Zero Sanctuary: Part 1 of 6"

Synopsis for "Zero Sanctuary: Part 1 of 6"

Executed by the deadliest assassin in the galaxy…his daughter, Gamora. But before their relationship came to a bloody end, how did it begin? Find out in this all new miniseries by Tini Howard (MARVEL KNIGHTS 20TH and AGE OF CONAN: BELIT) and Ariel Olivetti (DEATH OF THE INHUMANS)! 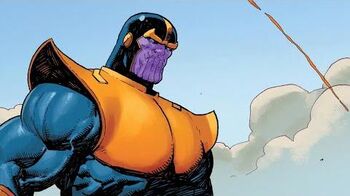