The Amazing Spider-Man vs. The Kingpin 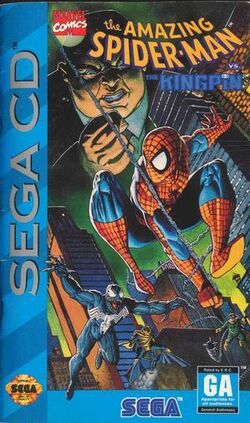 The Kingpin has framed Spider-Man for the theft of a nuclear bomb, and plans to detonate it in a twenty-four-hour period, unless Spider-Man is able to find all the keys needed to disable it. Subsequently, Mary Jane is kidnapped by Venom.

Like this? Let us know!
Retrieved from "https://marvel.fandom.com/wiki/The_Amazing_Spider-Man_vs._The_Kingpin?oldid=6461752"
Community content is available under CC-BY-SA unless otherwise noted.