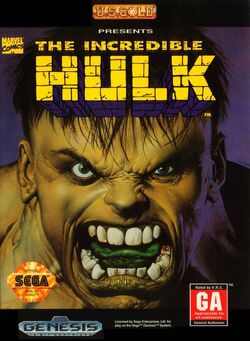 The Hulk must stop the Leader from world domination by beating five levels of game-play.

Like this? Let us know!
Retrieved from "https://marvel.fandom.com/wiki/The_Incredible_Hulk_(1994_video_game)?oldid=6462001"
Community content is available under CC-BY-SA unless otherwise noted.