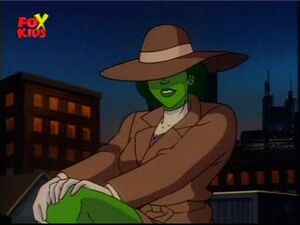 But to my mind, you're the lucky one. I mean at least you get to spend some time as a human. Me? I'm always stuck. Like a lumpy pile o' orange granite.

Banner and She-Hulk go to New York to find Dr. Reed Richards for a cure. While on the pier an explosion goes off causing Banner to be pinned under a storage section of a train under water forcing him to Hulk out to save his own life. In the city Rick Jones is being tracked by the Leader. At the Baxter Building, or Fantastic Four tower, Reed and Sue leave for a vacation leaving the Thing to handle things. He decides to go to the zoo and Rick decides to follow him.

While at the zoo Thing gets attacked by Ogress and Rick falls into the crocodile pit. Banner and She-Hulk show up and Banner and Thing try to save Rick while She-Hulk fights Ogress. After winning they head back to the Fantastic Four tower to work on the experimental cure. Before finishing the Gamma Warriors attack the tower and freeze and take Banner so Thing, She-Hulk, and Rick follow them to the Statue of Liberty to save him. While the battle continues Banner falls in the water while still frozen and Hulks out to break free and save She-Hulk. Hulk then joins the fight and they defeat the Gamma Warriors. But when the police arrive Hulk leaves. 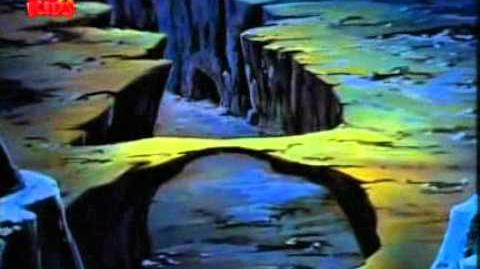 Like this? Let us know!
Retrieved from "https://marvel.fandom.com/wiki/The_Incredible_Hulk_(1996_animated_series)_Season_1_8?oldid=6499170"
Community content is available under CC-BY-SA unless otherwise noted.