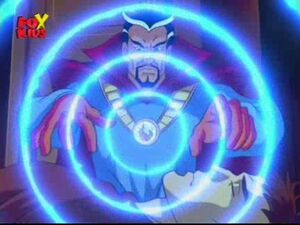 These legs aren't just for decoration, you know.

Appearing in "Mind Over Anti-Matter"

Synopsis for "Mind Over Anti-Matter"

Dr. Strange fights an alien demon in another dimension but the two go through a portal and end up on earth. The alien seeks a host body and finds the perfect one in Banner while he and She Hulk enjoy an evening at the carnival. Dr. Strange and She Hulk try to help Banner by going into Banner's mind and defeating the alien from within. While inside they discover that the alien is trying to erase all of Banner's memories to have complete control over his body. The alien then uses Banner's body and becomes the Dark Hulk. Dark Hulk then goes on a rampage destroying the city. Meanwhile back in Banner's mind She Hulk and Dr. Strange team up with the Grey Hulk and the Green Hulk to defeat the alien. Dark Hulk starts getting scared he will lose so he breaks into a military base and activates a nuke to destroy everyone. The four defeat the alien inside Banner's mind and the Dark Hulk turns back into Banner just in time for him to disable the nuke. Then Banner, She Hulk, and Dr. Strange enjoy themselves at the carnival. 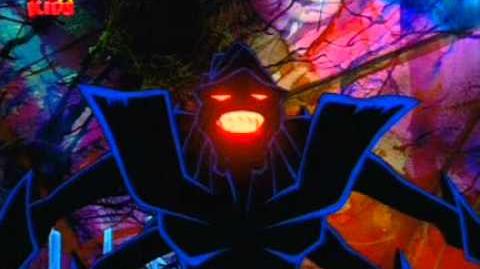 Retrieved from "https://marvel.fandom.com/wiki/The_Incredible_Hulk_(1996_animated_series)_Season_2_3?oldid=5721894"
Community content is available under CC-BY-SA unless otherwise noted.