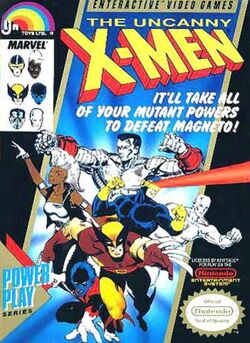 Magneto and his army of henchman embark on a rampage that threatens to jeopardize the entire human race. The only obstacle that stands in his way are Professor Xavier and his team, the uncanny X-Men.

Like this? Let us know!
Retrieved from "https://marvel.fandom.com/wiki/The_Uncanny_X-Men_(video_game)?oldid=6462128"
Community content is available under CC-BY-SA unless otherwise noted.