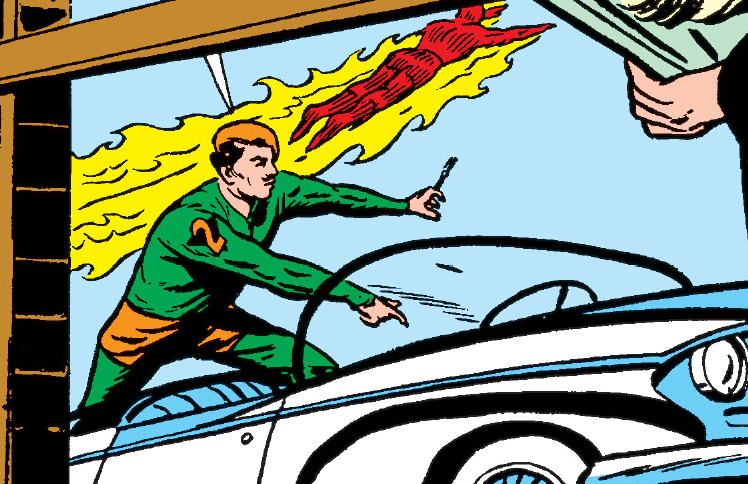 The Acrobat met with the young Human Torch, telling him that the rest of the Fantastic Four were taking credit for his accomplishments and exploiting him. He proposed teaming with him as part of the Torrid Twosome. They could use their abilities to collect reward money and get rich. Johnny wanted some time to think it over, but after an argument with the rest of the Fantastic Four, he called Zante and agreed to join him.

Retrieved from "https://marvel.fandom.com/wiki/Torrid_Twosome_(Earth-616)?oldid=3496715"
Community content is available under CC-BY-SA unless otherwise noted.