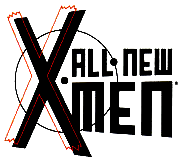 Guardians of the Galaxy, X-Men (past), Starjammers

All-New X-Men, Guardians of the Galaxy

If you thought Battle of the Atom and INFINITY put Marvel's most misunderstood heroes through their paces, just wait until you see what writer Brian Michael Bendis has in store for ALL-NEW X-MEN and GUARDIANS OF THE GALAXY next.

There's no time for the time-displaced mutants to catch their breath following the status quo-shifting final moments of Battle of the Atom, especially now that the entire Marvel Universe has been alerted that Jean Grey, the former and most terrifying host of the Phoenix in the eyes of many, seems to be alive and well. On the other side of the cosmos, the band of space pirates known as the Guardians of the Galaxy will be forced to get involved with one trouble-making species they've managed to steer clear from: mutants!

Joining Bendis for this storyline on art will be ALL-NEW X-MEN’s Stuart Immonen and GUARDIANS OF THE GALAXY’s Sara Pichelli. "The Trial of Jean Grey" will put the fear of the Phoenix into this teen team for the very first time.