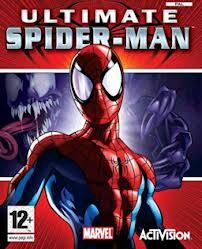 Be Legendary. Be Predatory. Be Both.

The game starts with a recap of what happened in the Venom storyline and Peter Parker's first fight with Venom before he disappeared, which had Peter and Venom fight from the high school football field on a rainy night and then the battle spans over to the middle of a street where Venom is believed to be killed by a downed, live power line in Peter's point of view.

Three months later, Peter Parker has re assumed his normal life and has forgotten about Eddie who is actually alive and has been feeding on people randomly in a nearby park and proves his strength in a fight with Wolverine, who was the owner of a motorbike Venom threw through a bar.

After a fight with a version. 2 of the R.H.I.N.O., Spider-Man gets his first foreshadowing of Eddie returning when his Spider-Sense overloads. That night, Silver Sable and her Wild Pack attack Venom who easily escapes. During a field trip to the Metropolitan Museum of Art, Peter gets his "Eddie headaches" again and fights his former friend on the roof. However, Venom is later captured by Silver Sable.

Kept imprisoned in an energy cage, Bolivar Trask and Adrian Toomes convince Eddie to test the Suit for them as they knew Eddie and Peter's parents. His first test is going up against the recently escaped Electro where they fight over a knocked out Spider-Man in Times Square. S.H.I.E.L.D. interferes and Venom escapes, yet he goes back to Trask where he reveals to Silver Sable that Peter Parker is Spider-Man. He then transforms and is chased away by the Wild Pack.

Meanwhile, a Latverian Mercenary who calls himself the Beetle attacks New York by freeing the Green Goblin who Spider-Man defeats, and chasing Venom for a sample of the Suit, yet Venom eventually defeats him. Silver Sable then fires a tranquilizer at Peter Parker and tries to bring him to Trask yet Peter awakens and they fight above the Queensboro Bridge before Venom appears and knocks Sable out. Spider-Man and Venom fight yet both go down due to Spider-Man knocking Eddie out and the tranquilizer that Silver Sable fired at Peter take effect.

Eddie awakens inside Trask Industries due to hearing Peter screaming as Toomes injected him with their own makeshift sample of the Venom Suit, transforming him into Carnage. Venom then absorbs Carnage and spits Peter out again. The combination of the Carnage Suit and the leftover Venom samples in Peter's blood, Eddie believes he now has complete control over the Suit (along with the white spider-symbol that appeared on Peter's version when he transformed). Trask finally gives Peter files on their parents yet takes them while trying to flee from an angry Venom yet he does not know how to fly the helicopter and his contract with Silver Sable has expired. Venom is eventually defeated but escapes.

As S.H.I.E.L.D. arrive, Peter reads the files and discovers that the reason for their parents' plane crash was due to Eddie Brock Sr. trying on the Venom Suit onboard. There were only 3 survivors and one of the witnesses was Peter's mother who died in the ambulance. Eddie is distraught that after all Trask made him do, all he got was 3 years in a golf course prison, so he transforms and kills him. Peter then confesses to Mary Jane Watson that he knows Eddie is alive and a prisoner in the Suit.

Comparison with the comic

The game takes place three months after the events of the "Ultimate Venom" arc (Ultimate Spider-Man #33-38), and events within the game suggest the events of Ultimate Six have already passed, since the Green Goblin is found in a cryogenic cell and Sandman is in a vial. Electro is somehow free, despite having been apprehended by S.H.I.E.L.D. Kraven the Hunter's billboards can be seen around the city, which was mentioned in Ultimate Six. Eddie seems to have survived by lying low and staying away from Peter Parker, and picking off random victims to sustain his own existence.

At the time the game came out the most logical point for the game's story to take place between the Superstars and Hobgoblin arcs. (Between issues 71 and 72) A few months later Marvel.com advertised the Silver Sable arc as being the follow up to the Ultimate Spider-Man video game. However in this arc not only are no parts of the game acknowledged, but Sable kidnaps Flash Thompson thinking he's Spider-Man. In the game Sable knows not only Peter Parker is Spider-Man, but kidnaps and fights him out of costume.

The Ultimate Spider-Man video game was adapted into the story arc, "War of the Symbiotes" (Ultimate Spider-Man #123-128). Events in this storyline happen in a different order, with some events, such as Peter's transformation into Carnage, being ignored. It can be taken that the video game is now out of continuity.

Ultimate Spider-Man is a game based on the comic book of the same name by Brian Michael Bendis and Mark Bagley. The game was released for multi-platform, including PlayStation 2, Xbox, GameCube, Nintendo DS, Game Boy Advance, and Microsoft Windows as well as a mobile phone game. Treyarch, who made the console games based on the Spider-Man movies, developed the console game, while Vicarious Visions developed the Nintendo DS and Game Boy Advance versions and Beenox ported the Microsoft Windows version from consoles.

Stylistically, it differs from its predecessor, Spider-Man 2, in that it employs what has been dubbed Comic Inking Animation technology, a form of cel shading intended to make the game appear as if it were a living comic-book.

In Ultimate Spider-Man the player can experience a free-roaming city environment that covers Manhattan and Queens. You start in story-mode where the game automatically switches between Spider-Man and Venom. Spider-Man travels by web swinging, and attacks using acrobatic attacks. Venom travels by using his tentacles to pull himself and by performing massive jumps. Venom attacks using his claws and tentacles. Venom can also throw cars at targets and perform much more brutal attacks, including "eating" people. However the player must shoot a web at an actual building to swing, much like its previous game Spider-Man 2 (video game).

As the game progresses, Parker/Spider-Man and the player will have certain City Goals to accomplish in order to continue the storyline.

There are additional activities throughout the game such as finding secret tokens, landmark tokens, comic book covers and competing in trick races.

Basically a menu for the player to check out how many tokens they have collected, and how many combat tours, races and city events they have completed. It also tells the player what goals must be completed before the story can continue.

Every message that appears onscreen during game play appears here and is accessible through the pause menu.

This menu shows how many things the player has unlocked through interacting with other non-playable characters, tokens collected, landmarks visited, etc. All unlockables are viewed as a coloured question mark and once unlocked is replaced by a picture.

The Game Boy Advance version of Ultimate Spider-Man is a side-scroller, divided into seven "issues", each containing three chapters, the game allows players to control Spider-Man and Venom. This version features only three boss characters aside from the two leads: Shocker, Silver Sable and Carnage (technically, there are only two bosses since Shocker only briefly appears and you don't ever fight him).

Unlike the Console, PC or Nintendo DS games, this version features a limited supply of Spider-Man's web fluid, it can be refilled only by picking up special markers scattered throughout levels, or dropped by enemies.

Additionally, players may choose to collect hidden power-ups to gain more web fluid capacity or gain new moves and abilities for both Spider-Man and Venom.

The Nintendo DS version of Ultimate Spider-Man is a side-scroller with a 3D environment. The game allows players to control Spider-Man and Venom.

The gameplay greatly differs between both characters:

The game features a slightly modified storyline, for example, players will face Shocker in a strangely challenging battle, despite the comical nature of the character.

The game also features a multiplayer mode, where players can unlock different characters and arenas for a head-to-head fight.

There is a limited edition exclusive to the PlayStation 2, which contains four character biographies (Ultimate Spider-Man, Ultimate Venom, Ultimate Carnage, and Ultimate Beetle), an interview with Stan Lee, a G4 special entitled "Making of Ultimate Spider-Man", Developer tips and tricks, and a special edition (also called "Activision Edition") Ultimate Spider-Man comic book containing scenes from issues 33-39. The limited edition version comes in a different case sporting plain purple and red holographic sides. (With a Venom symbol and Spider-Man symbol on each, respectively.) The case also comes with a cardboard sleeve with a picture of Venom on it. The DVD surface itself has a new picture on it: purple instead of red, once again with Venom. The instruction manual matches this trend with the cover being a fight scene between the two. The limited edition features are accessed from a new menu titled 'Limited Edition' via the unlockables screen.

The game was considered canon prior to the publishing of the War of the Symbiotes storyline, which loosely adapted the video game's events into the comic, as well as happening in the same time frame (a few months after the "Venom" story arc). Prior to this, there were several inconsistencies which made placing the game in the timeline difficult:

Like this? Let us know!
Retrieved from "https://marvel.fandom.com/wiki/Ultimate_Spider-Man_(video_game)?oldid=6462127"
Community content is available under CC-BY-SA unless otherwise noted.