We're the Ultimates. The ultimate team, to solve the ultimate problems.Captain Marvel

The Ultimates originated from Captain Marvel's proposal of a proactive task force with the purpose of looking into potential threats and solve them before they could become a problem to Earth, applying nonviolent solutions whenever possible. After consulting the project with Black Panther, Captain Marvel was directed to another potential member, Blue Marvel, a hero experienced in cosmic-level threats, who in turn recommended the addition of Spectrum, a powerhouse with high-level of super hero strategy. The final proposed member was Ms. America, suggested by Spectrum due to her knowledge in cosmic territory.[1]

One of the Ultimates' first missions involved the threat of Galactus' hunger. To solve this problem, they confronted Galactus by trapping him inside his old Incubator and used a similar process that was used to create him, but using Neutronium to accelerate it. After a flash of light and the Incubator's destruction, Galactus emerged anew with a new purpose in life, he became a lifebringer. The first planet that Galactus restored was Archeopia, which had been the very same first victim of his hunger.[2]

During an ensuing mission to exit the Omniverse to attempt to assess any damage caused to the structure of the time by the abuse of time travel, the Ultimates encountered the Anti-Man trapped within the Neutral Zone.[3] Blue Marvel attempted to kill him, partially in revenge for the death of his wife, but his son Kevin stopped him. Instead, the Anti-Man was rescued and the Ultimates brought him in their continuing journey.[4] When their ship, the Abeona, was destroyed barely before reaching their objective, the Ultimates were saved by Galactus. Galactus stopped them, and returned them home after the Anti-Man reached a state of hyper-cosmic awareness, as Galactus wished for them not to see the full scope of reality, which would've been too much for them to bear.[5]

Soon after returning home, the Ultimates became involved in the second superhuman Civil War, provoked by the appearance of an Inhuman named Ulysses Cain with the ability to profile the future. Ms. America adamantly opposed Captain Marvel's initiative to actively use Ulysses to proactively fight crime, while the rest of the Ultimates supported her, to a certain degree. The difference of opinions led to physical conflict between the Ultimates.[6] During this brawl, the Anti-Man escaped custody and fled.[7] Black Panther eventually also publicly disavowed Captain Marvel's actions and joined Iron Man's faction that opposed predictive justice.[8]

The team was terminated as a consequence of these altercations, which were reported by Philip Nelson Vogt, leader of the Troubleshooters and federal agent who was tasked to covertly monitor the Ultimates' activities.[9]

The members of the Ultimates were assembled once again in secrecy by Ms. America at the request of Galactus to serve as his heralds together with Anti-Man and investigate the mystery of who had chained Eternity.[10] While Galactus was facing his own tribulations at the hands of Lord Chaos and Master Order, who went as far as merging into Logos in an attempt to become the Multiverse's new ruling cosmic being, the Ultimates were confronted by the Troubleshooters, who had grown suspicious of Black Panther and Captain Marvel's activities and followed their trail to Galactus' ship.[11]

Troubleshooter Simon Rodstvow revealed his true form, that of a servant of Eternity's Cosmic Jailer, and revealed that Logos had turned Galactus back in a devourer,[12] albeit one whose hunger had no limit and would only siphon all energy and life until there was only his master, Eternity's cosmic jailer, the First Firmament and embodiment of the original universe that had existed before the Multiverse. Anti-Man sacrificed himself to restore Galactus to his form of the Lifebringer, and the Troubleshooters summoned the Psi-Hawk to defeat Rodstvow. Galactus subsequently dismissed the Ultimates until he would require their services again after resting.

The team-up between the Ultimates and the Troubleshooters opened the doors to a permanent alliance in order to stop the First Firmament. The Ultimates were officially absorbed into Alpha Flight, being reinstated as an openly sanctioned team.[13]

As the Ultimates were helping Alpha Flight defend itself from an intermittent wave of Chitauri invaders, Galactus had them teleported to the Counter-Earth, where the Maker had used the High Evolutionary's machines to disrupt and bring down the Superflow, the space that separated universes from each other, in a foolish attempt to strengthen Eternity by merging all the universes that composed it into a single one.[14] However, said process proved to be counterproductive, as it actually made it easier for the First Firmament to consume Eternity.

Before getting into fixing the detriment caused by the Maker, the Ultimates had to confront their namesake team from the defunct Ultimate Universe, who had been brought back to life by the Maker. Eventually, both teams realized they shouldn't be fighting each other. Following the Maker's defeat at the hands of Spectrum and the High Evolutionary, both teams turned their attention to restoring the Multiverse to its normal state. Using the nanites from his armor, Iron Man managed to interface with the High Evolutionary's technology, which had been advanced beyond its creator's understanding by the Maker. Spectrum subsequently used her powers to link the minds of both teams of Ultimates, with the combined brain power managing to control the technology and revert the Maker's endeavour.

Doing so allowed Eternity to break free from the First Firmament, giving Galactus and his Eternity Watch the chance to defeat the Aspirants and Logos. Eternity subsequently summoned the embodiments of the past Multiverses to his aid. These "Ultimate Ultimates" chained the First Firmament and took it away to another plane of existence in hopes to heal him. With Eternity rescued, Galactus and the Ultimates bid farewell, and parted their own ways.[15] 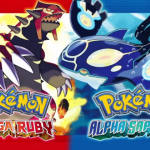