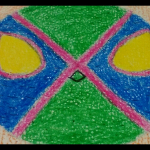 George was born in Williamsburg, Virginia (State). As nine years old, George and his family moved to New York City, New York. His dad, who is a businessman and artist, organize many information in the computer system for the incorporation. His mother is a part-time employer who works in the clothes designs department. As George turned seventeen, he was in Great Lake high school and graduate with a high school diploma. He turned eighteen and was a student in Forest Blue university to studied in electrical engineer. After completed four years in college, he graduated and earned his associate degree to be hired in a company titled "Ignite." His first day of working, George is going home to relax and fellowship with his family. Before he enters the front door, a mutated spider swiftly landed on top of his hand and bite him. Few hours later, his body was changing after the spider bit him and he gained superhuman powers. Two months later, George learned more about his powers. During the weekend at a Saturday, he travel to the Avengers Mansion where he first meets Jarvis and then meet Steve Rogers known as Captain America. On that day, he became a superhero and was trained by Captain America in a few combat techniques.

NOTE: Clean up the bad grammar on Michael and his clones pages.

Write a summary in comic issues for the following listed ..

George is very respectful and friendly. He takes care of his responsibilities to do the work when it need to be done.

Spider-Venom Physiology: Read was originally enhanced by the Oz Formula and Poisons. His powers are in levels beyond human limitations which gives him superhuman strength, speed, stamina, durability, and etc..

Overwhelm Thinking: If Read is feeling anxiety, he can sometimes have trouble saying the words before speaking. Nevertheless, when he is thinking about his creative idea and want to share it with others, he will calmly think about what he is trying to say and begin to speak.

Spider-Shock Suit: Read created a suit that is capable of producing shocks of electricity.

Spider-Shock Stunner: Read also created a electrical shooter that is used to stun a superhuman opponent and contains up to 40,000 volts.

Spider-Shock Kit: Read carries a medical kit in his suit, and use it when someone is seriously injured.

Retrieved from "https://marvel.fandom.com/wiki/User:Arthurlikes?oldid=5283824"
Community content is available under CC-BY-SA unless otherwise noted.