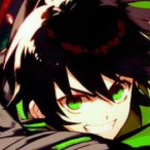 As a child, Gohan is known to have within him a seemingly limitless dormant power, which at first only revealed itself when he experienced fierce rage, and when his rage ended, his power would drop dramatically. The earliest occurrence of this hidden power was when he almost crashed into a tree when his stroller was accidentally released, giving him enough power to plow a hole clean through the trunk to prevent him from being killed by flying into it as an infant.[4]

As he got older, he trained hard and gained access to a large portion of his power, and it was not until he was a young adult that his power was fully awakened and he was able to use it all at his own will. He displays exceptional power at a very young age, even surpassing his father Kratos by turning Super Saiyan 2 and saving the world from the evil Cell at only eleven years old (he is 9 years old in the manga as it states that Gohan is 16 years old after the 7 years of peace following the Cell Games, though he is most likely around the physical age of 10 due to the time spent (nearly a year) inside the Hyperbolic Time Chamber). Gohan is also the first to ever achieve Super Saiyan 2 on-screen in the series.

As a child, Gohan is depicted with an immense amount of hidden potential, which at first only revealed itself when he experienced fierce rage or distress.[20][21] The vastness of this potential is shown consistently throughout the series as he ages and learns to master his powers from constant training and battles, such as when he becomes the first Saiyan in the series to become a Super Saiyan 2, the direct successor to the Super Saiyan transformation, during his battle against Cell. Gohan's potential is then fully unlocked by Old Kaiō-shin, which sees his power level rise to new heights, capable of easily overwhelming the seemingly invincible Majin Boo.

Gohan can also freely manipulate his ki to fly using Bukū-jutsu (舞空術?, "Air Dance Technique"),[22] or concentrate it into beams of ki blasts, such as the Kamehameha or the Masenko (魔閃 Masenkō?, lit. "Demon Flash"). Gohan also possesses superhuman strength,[23] as well as superhuman speed and reflexes, as seen during his training with his younger brother Goten.[24] Gohan can also use his ki in a defensive manner, such as generating protective energy shields.

Can Transform Into SSJ and SSJ2,Telekinesis – When a thug launched a missile at him, Gohan (as the Great Saiyaman) telekinetically pushed it back to him. Energy Barrier – Gohan used a barrier to protect himself, Krillin, and Piccolo from being sucked into the Dead Zone and his alternate future self used this technique to block some of Android 17 and 18's blasts in their last battle. In Movie 10, Gohan used an energy barrier to protect Goten, Trunks, Videl and himself from Broly's energy blast. Ki Sense – Gohan can sense power levels like many other characters in the series.

Super Breath – Gohan used a far less powerful version by accident in a filler episode of Dragon Ball Z when he accidentally blew away his birthday cake.

Retrieved from "https://marvel.fandom.com/wiki/User:CultLeaderSXE?oldid=4762748"
Community content is available under CC-BY-SA unless otherwise noted.