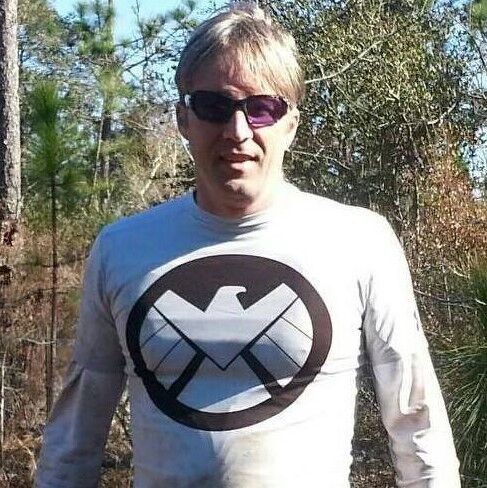 Started a military career as a Military Policman and bodyguard then transferred to Special Forces where he trained as a medic and crosstrained in communications, weapons, and demolitions. He is on par with most of the Howling Commandos.

Martial Combat: He is well-versed in the arts of warfare and hand-to-hand combat. His styles of choice being Wing Chun[1], the Marine Corps LINE combat system [2] (instructor qualified) which was at one time tought to Special Forces soldiers at Fort Bragg, Pressure Point Control Techniques (PPCT) and freestyle fighting.

Urban Warfare specialist: He spent time on a Close Quarters Combat (CQB) team and has been to level 2 sniper training as well as Special Forces Advanced Urban Combat (SFAUC) courses. Can use many small to medium arms to include Mark 19 grenade launcher, and anti-tank weapons like LAWs and AT-4's. Can also drive M-1 and T-55 (soviet) tanks.

Expert Driver:A graduate of the Mercedes Benz Anti-Terrorism Evasive Driving course, and several other driving courses taken as an MP and an SF soldier.

Expert Tactician and Planner: Has written comprehensive emergency plans for many contingencies, to include combat operations.

Currently, Agent 24 has the strength of a normal human male of his age, height, and build who engages in regular exercise.

2 hands, 2 feet, a mind, and an assortment of other weapons on hand

Retrieved from "https://marvel.fandom.com/wiki/User:Dhahn24?oldid=4797243"
Community content is available under CC-BY-SA unless otherwise noted.