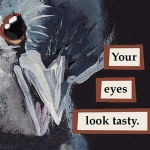 Born August 1995. Accepted Marvel into my heart when I saw Spider-Man 2 in theatres. I consummated our love when I received my first subscription issue in the mail, Amazing Spider-Man #519, in May 2005. The rest, they say, is history.

Also, I have a massive crush on Elizabeth Olsen after watching Age of Ultron. I mean, look at how perfect she is:

Being that I'm a college student looking for physical comics on the cheap, I subscribe to a number of Marvel titles through their direct subscription service. In recent years, this service has been done through Midtown Comics and has expanded to include limited event series and titles that aren't as popular.

I previously subscribed to:

Over in the DC Universe, I also subscribe to Batgirl and Wonder Woman.

My ranking of MCU films by enjoyment

It should be noted that I think every entry in the MCU - film, TV episode, or One-Shot short - is integral to the universe's ongoing storyline development, and I will rewatch everything multiple times and appreciate it all. I can defend everything to its detractors and this ranking does not mean I dislike any of the films.

I am super pumped for Ant-Man, as I can and will support the MCU as a whole, every entry, every time! :)

My ranking of X-Men films by enjoyment

I can watch all of them, as they all had good acting given their scripts, but Last Stand and Origins are just terrible in terms of story and coherency. I think The Wolverine is very underrated and has some of Jackman's best work.

I am cautiously optimistic for next year's X-Men trifecta of Deadpool, Apocalypse, and Gambit.

My ranking of Spidey films by enjoyment

Every Spidey film, even Spider-Man 3, had enough enjoyable parts that I'd rewatch them while acknowledging their faults. I thought the ASM storyline had promise and intrigue but was dragged down by a first film that felt too similar and a sequel that tried to do too much. I still think it is the most enjoyable to watch, even though it was an incoherent, condensed mess of a film.

I think the new MCU Spidey will be 1000% better than anything we've seen so far. I trust in Kevin Feige.

Marvel merch I own

Retrieved from "https://marvel.fandom.com/wiki/User:Vgbatb?oldid=4772231"
Community content is available under CC-BY-SA unless otherwise noted.