Just yesterday Marvel unleashed a storm on the Internet with two posters teasing the future of the Marvel Universe with All-New, All-Different Marvel!

It had also been revealed that our true first look at the new titles would come on July 1. But what can you say about the company that announced in press releases the identity of the new Thor and the death of Professor X one day before those things happened in comics?

This blog is meant to be constantly updated with new titles being revealed, and here's the first one: 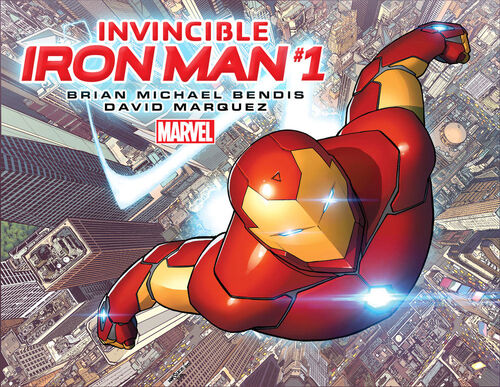 Tony Stark is back courtesy of Brian Michael Bendis and David Marquez, the Miles Morales: Ultimate Spider-Man all-star team! Iron Man will encounter new enemies and a new love interest, and build a new armor with the ability to transform itself into any other previous model of Iron Man armor. The new series will also tackle one of the plot threads left by Kieron Gillen's Iron Man, and the identity of Tony Stark's biological parents will be revealed. 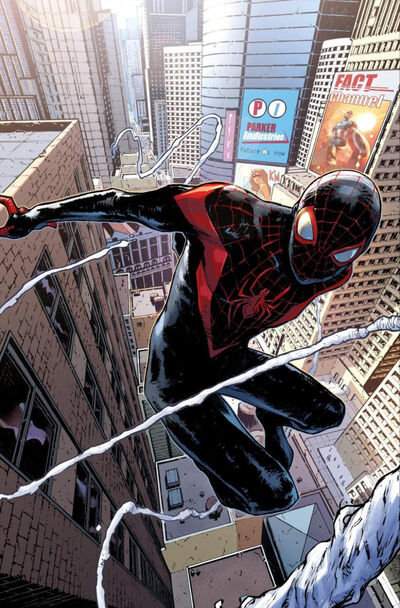 Miles Morales' place in the Marvel Universe will be finally found in his all-new series, by the hand of his creators: Brian Michael Bendis and Sara Pichelli. According to the series' writer: "Our message has to be it’s not Spider-Man with an asterisk, it’s the real Spider-Man for kids of color, for adults of color and everybody else." 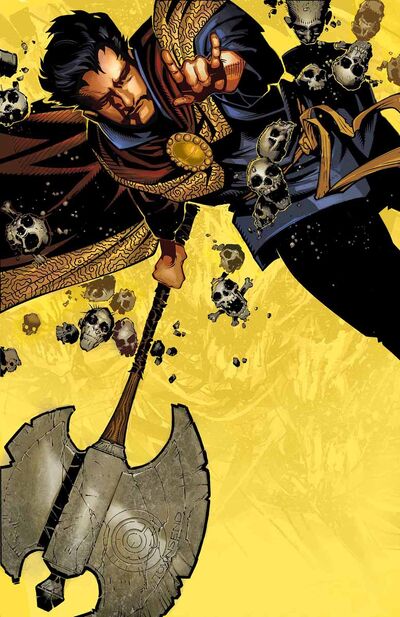 The Sorcerer Supreme of the Marvel Universe, Doctor Stephen Strange, will be reinvented in his new series by the creative team composed of Jason Aaron and Chris Bachalo. In this series we will see a "Doctor Strange who was always having to work for what he gets." Strange's new series will explore the character deeper, as well as the repercussions of his actions he has to worry about because he's a Sorcerer Supreme, after all, and not a regular hero. 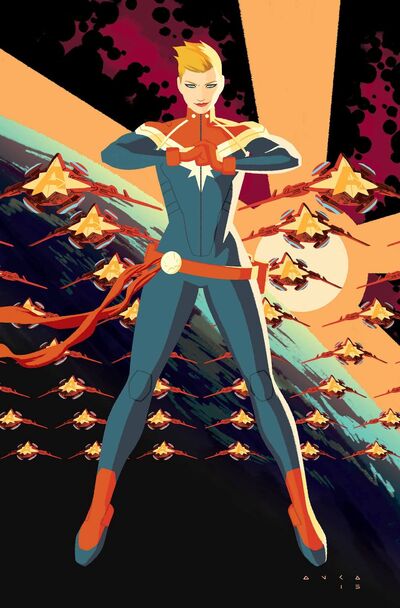 It was sad news when Kelly Sue DeConnick announced she would be leaving Captain Marvel, however, her successors have been announced, as Marvel's Agent Carter showrunners Tara Butters and Michele Fazekas will be helming the title along artist Kris Anka. In this new series, Carol Danvers will see herself commanding a space station designed to be the first line of defense against alien threats to Earth. Carol will also featured a slightly redesigned suit by Anka, based on Jamie McKelvie's famous design. 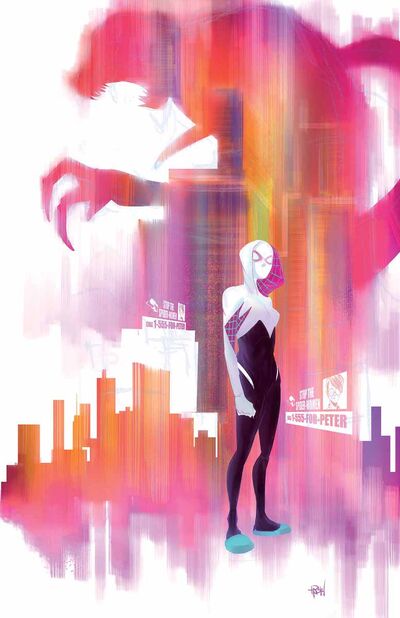 Spider-Gwen co-creators Jason Latour and Robbi Rodriguez will return to the character after Secret Wars to offer a new jumping-on point for this character whose popularity sky-rocketed barely after her debut. Gwen Stacy will face a new threat, when she discovers that somebody has duplicated the Lizard serum created by Peter Parker, that both cost him his life, and made Spider-Woman a fugitive. 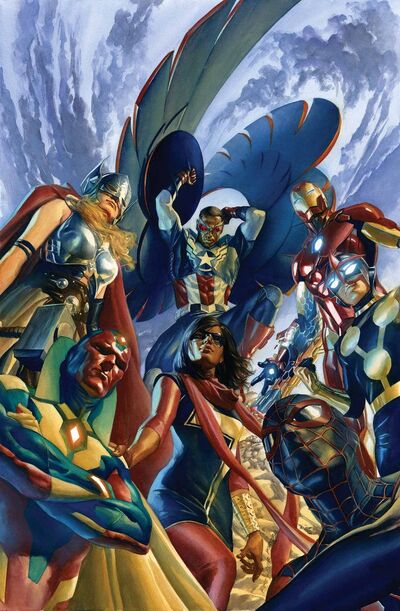 While the existence of this title is no news, with the annoucement of new Marvel series comes an update to this new comic by the creative team of Mark Waid and Mahmud Asrar. They will now be joined by Andy Kubert, to ensure the series will ship more than 12 issues a year. There have also been some new details on the series, including the first antagonist they are going to face: Warbringer, a Chitauri warlord who's troubled Nova. But that won't be the only problem faced by the team, because as hinted during the Free Comic Book Day issue, they will have to manage their resources, due to poor budget, and a limited schedule for superheroics, considering half the team members are teenagers who will still go to school. 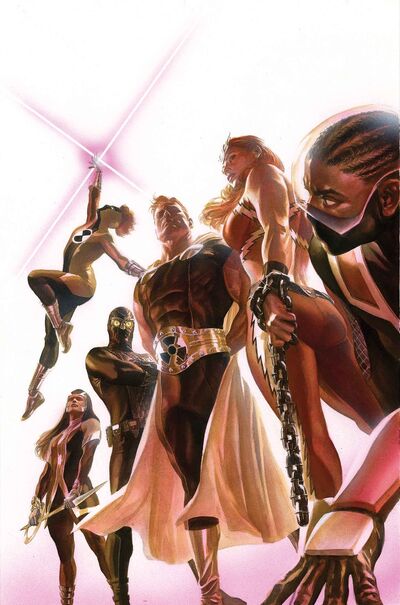 From the ashes of Secret Wars, James Robinson and Leonard Kirk will assemble a Squadron Supreme like never before. And that's because this Squadron Supreme will be composed by the different members of different Squadron Supremes that have been destroyed across the Multiverse, including Avengers' Hyperion, New Avengers' Doctor Spectrum, Supreme Power's Nighthawk, and DP7's Blur. While they won't be as despicable as the Squadron Sinister, this team will still have a dark side to be explored, that will certainly put them at odds with the Avengers. 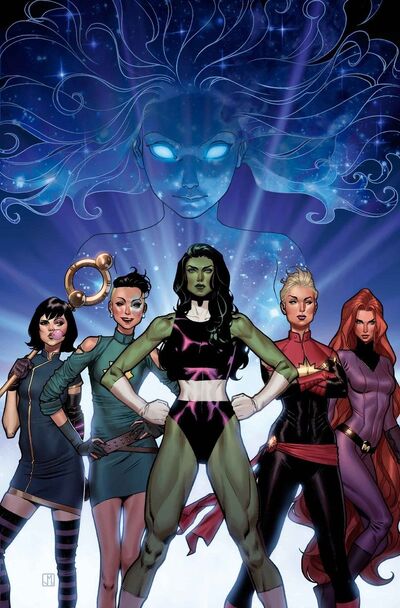 While it was known that A-Force would survive Secret Wars and appear in the Marvel Universe, we are getting new details on the series' new volume, however, these details are pretty scarce. So far, it has only been revealed that current A-Force co-writer G. Willow Wilson will be on writing duties. 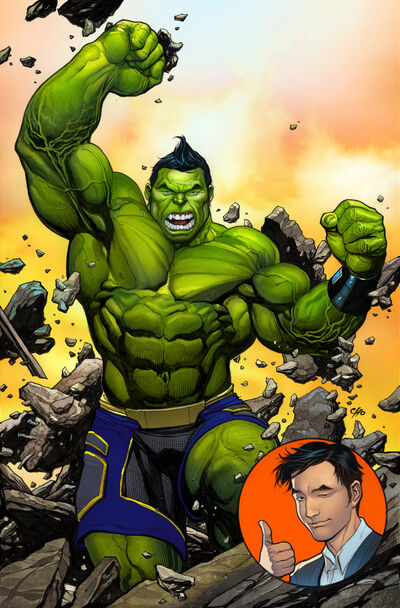 Fan-favorite Hulk writer Greg Pak will return to the world of the Green Goliath with artist Frank Cho, as they tell the story about a new totally awesome Hulk. Spider-Man and She-Hulk will guest star in the adventures of this yet-to-be-revealed new Hulk, who will contrast Bruce Banner's classic alter ego by the fact that he will love being Hulk. Speaking of Bruce Banner, the identity of the new Hulk won't be the only mystery, as Bruce Banner's fate will have to be unraveled. 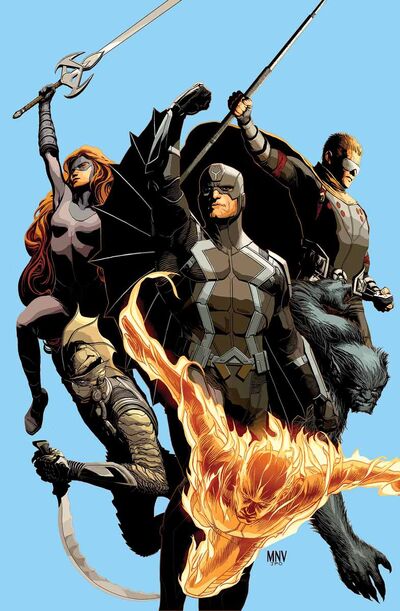 While the existence of this series is known, and it has technically already debuted, with a #0 issue, there have been new details regarding Uncanny Inhumans. Founder X-Man Beast will join the cast of the series written by Charles Soule and penciled by Steve McNiven. It has been reported that something between the Inhuman and the mutant race that leads both Beast and the Human Torch to side with the Inhumans instead of their long-time teammates. 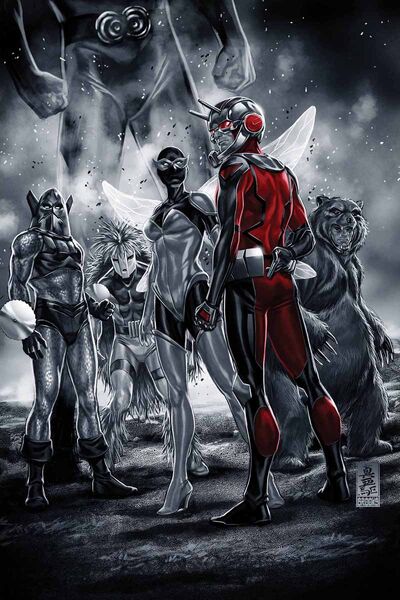 Scott Lang joins the line of relaunched titles, with Nick Spencer and Ramon Rosanas still in charge of his series. Scott Lang's past criminal life will be making a comeback, and apparently, new villains will join the Ant-Man Security Solutions, including Whirlwind, Beetle and Porcupine. 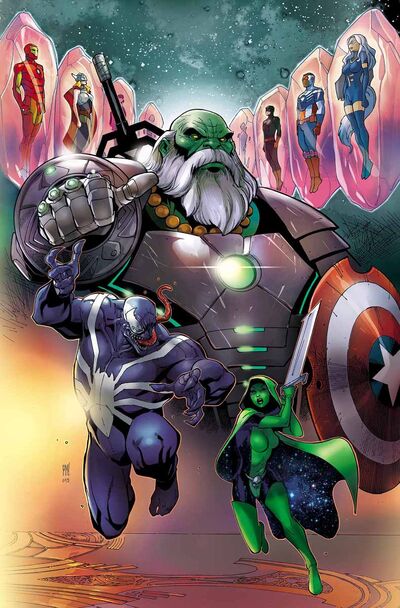 Based on the mobile game Marvel Contest of Champions, comes a new ongoing series that will pitch heroes and villains of the Marvel Universe against each other. However, the series will be set in the Marvel Universe, and not the continuity of the game. Al Ewing and Paco Medina will create the most explosive battles with the help of game developer Kabam, who has helped create new characters such as Guillotine, a woman with a magic sword that speaks to her. 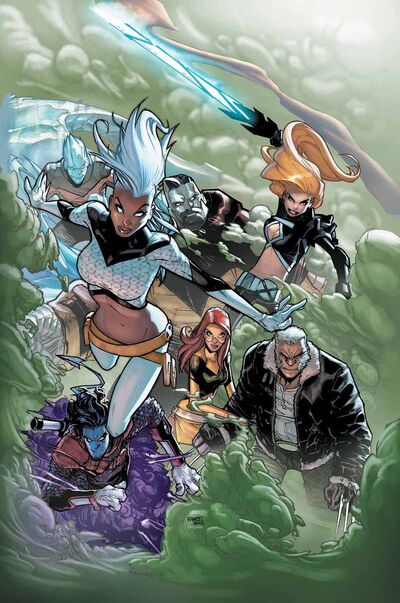 Jeff Lemire and Humberto Ramos will be in charge of the new flagship title of the X-Men. The book will feature a team of X-Men composed of Storm, Old Man Logan, Iceman, Magik, Nightcrawler and young Jean Grey. Mutant kind will find itself in a peculiar position following the 8-month gap between Secret Wars and All-New, All-Different Marvel, as the Inhuman's Terrigen mists have somehow been affecting mutants worldwide. This is not the only threat the X-Men will face, considering notorious members of the mutant community like Cyclops will have banished by the time Extraordinary X-Men kicks off. 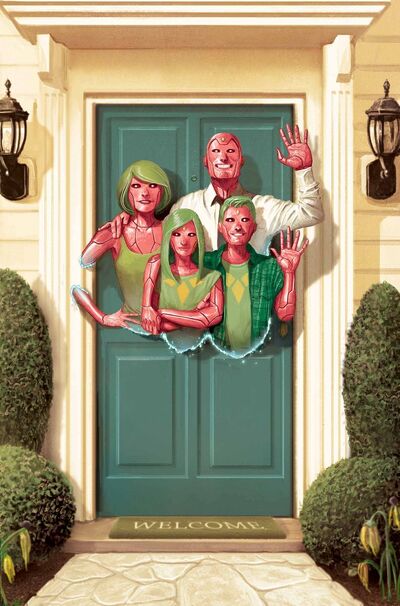 The Vision will go back to his roots in Tom King and Gabriel Hernandez Walta's new ongoing series. The android Avenger will try to find his humanity and build a family, literally. Vision will create his own wife Virginia, and two 16 year old twins, Viv and Val, who will live with him in the suburbs of Washington, D.C.. The main topic of this series will be integration, how a family that is not "normal" lives and thrives in a modern American community. 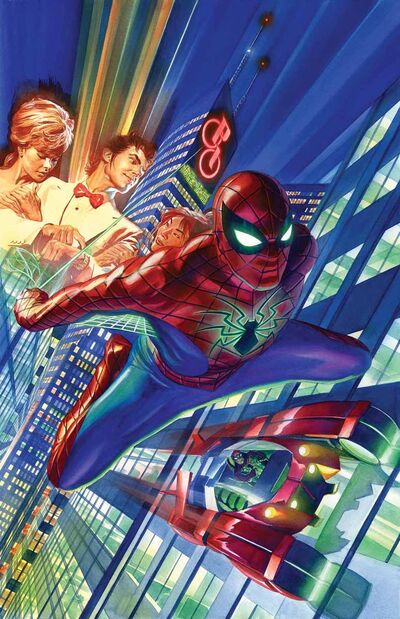 Peter Parker has stepped up, and his neighbor just became bigger. In the eight months that followed Secret Wars, Peter Parker has turned Parker Industries into a globe-spanning company. Now known as a entrepreneur and inventor, Peter Parker will be an icon worldwide, and Spider-Man too, who will become Parker's bodyguard as a public disguise. Dan Slott and Giuseppe Camuncoli will launch this title that will be taking Peter Parker to new heights. Spider-Man will also sport a new costume designed by Alex Ross.

You can now get an entire look at other titles coming this October by downloading the All-New, All-Different Marvel Previews #1 for free in the official Marvel Comics app, or getting a copy in your locacl comic store. You can also check these new titles here.

Retrieved from "https://marvel.fandom.com/wiki/User_blog:ADour/ALL-NEW,_ALL-DIFFERENT_MARVEL%27s_new_titles_revealed!?oldid=4496014"
Community content is available under CC-BY-SA unless otherwise noted.