Recently, I got the chance to interview comics legend Steve Englehart about being a writer and about the characters his work for both Marvel and Malibu. He shared a lot of interesting information, and some insights on being a writer and the politics involved. I'd like to take this opportunity to thank Mr. Englehart for taking time out of his day to do this. And now...the interview: 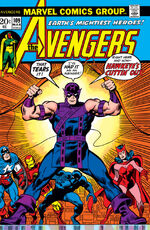 How do you construct stories? Do you physically write them down, type them into Word, or use a special program such as Scrivener or Final Draft? And do you find yourself with a set method for devising stories, or do you just create as you go?

I tend to work with paper. With comics I'd number a sheet of paper from 1 to whatever the page count was, then start jotting down plot points by space allotted, so I’d get a visual of how the whole thing would fit together. I was used to thinking in 17 to 22 page stories, so I could usually block out a story pretty straightforwardly. With novels, I cut paper into inch by inch-and-a-half rectangles (cut a sheet in half, then the two halves in half again, and so forth), and start arranging them on my desk. The Max August series has at least a dozen ongoing storylines, and all of them are novel-length, so there's no way - as yet - that I can keep all the connections in mind without shuffling things around.

What single work in your career do you think has had the most impact? And which one are you most embarrassed about?

The Batman in DETECTIVE had the most impact. Making the Batman a mature adult broke the long-standing barrier between comics readers and the mass market, completely changing both comics and the films made from them over the last three decades.

The ones I was embarrassed about, I used my pseudonym of "John Harkness." I felt that "Steve Englehart" came to mean a certain level of craft, and if, for whatever reason, I couldn't deliver it, I didn't want my name on it. The most extensive run in that category was the end of my time on the FF, after Marvel decided creativity was overrated. By the end of that I'd gone to "S.F.X. Harkness," a new low.

Are there any characters you invented that didn't quite click with readers like you hoped they would?

Well, I hoped all of them would become the new Spider-Man, so I suppose by that standard I came up short every time (though Shang-Chi got pretty huge; but I credit Doug Moench and his artists with that). But no, I think they've all done pretty well. The one thing that really surprised me was the new costume Mark Gruenwald and I created for Wonder Man. I considered him, and I know he considered me, to have a pretty good handle on what made good comics, and we both liked the costume a lot. But apparently we were pretty much the only ones.

What do you think of comics becoming more and more a digital medium? Has that had an effect on how you work day-to-day, and do you think it limits or broadens the possibilities for what gets published?

Doesn't affect me because I don't do comics any more.

As the person who wrote the story debuting the Scarlet Witch's twins, what are your thoughts on their history since then? John Byrne turning them into parts of Master Pandemonium's soul, Brian Michael Bendis revealing them to be conjured by an insane Scarlet Witch, and now Allan Heinberg reimagining them as Wiccan and Speed?

I haven't seen the latest iterations, but I've never made any secret of my disdain for what Byrne did. If you don't respect the characters or the people who came before you, why are you even in the business?

During your Avengers run, you created the character Mantis, who played a fairly pivotal role in that run, and later appeared in your Avengers: The Celestial Quest mini-series. She was also part of your pitch for a Silver Surfer series (that was later released as Marvel Fanfare #51), and when you left Marvel, you utilized her in more of your work, though under other aliases (Willow in JLA, Lorelei in Scorpio Rose). What was it about this character, of all the characters you helped create or helped define, that led you to take her with you? 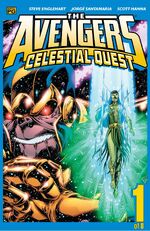 Well, I liked her quite a bit, but the main reason she moved to DC was inspiration and opportunity; I didn't say, for example, that I couldn't do that with Coyote or Scorpio Rose (and if you've read The Long Man, you know that I have done that). I had gone over to reinvent the JLA, and a fan at the San Diego convention asked if we would ever see Mantis again, and I thought "Why not?" So: Willow. And once I'd done it once, I thought, "Why not twice?", so: Lorelei (who is also mentioned in The Long Man, and will probably show up in time; I don't have to change her name again because "Lorelei" is mine). And though I'm sure this is obvious, I CAN'T take the characters I defined, since they belong to corporations. But anyway, Mantis was a character who certainly got big, so using her again (as Mantis, at Marvel) was a no-brainer. She fit perfectly with the Surfer. And then she kind of lost her way with other writers, and that distressed Marvel enough to ask me back to fix her in CELESTIAL QUEST.

Given your history with Malibu, the Ultraverse titles you published with them, the buy-out by Marvel (and their eventual dumping of the titles), how would you feel about Marvel trying to bring those characters back? And would you be willing to be part of a revival if offered the chance? And what are you feelings on the Night Man/Gambit mini-series that had one of the Night Men killed and Rhiannon revealed as Night Man's mother?

I loved Malibu, as did all of us Founding Fathers, so it was a shame what happened to it. Over the years since, I have tried at least four different times to GET Marvel to bring the characters back, and in 2001 they asked me to do it. But then they discovered that all the creators get a small cut of the profits, and they slammed the door on that. Since then they've denied that that was the reason, claiming the contract they signed with Malibu has tricky clauses in it, but I know for a fact that's not the case. I have made the argument that 90% of something is better than 100% of nothing, but they don't want to have any deals that cut the creators in. So I've come to accept that we'll never see the Ultraverse again, at least under this regime.

I would happily work on a revival if the creator contracts are honored.

And since I created the Night Man and wrote him right through the end of Malibu as a complete entity, I think I'm justified in saying that any Night Man or Stranger not written by me is uncanonical.

Gerry Conway wrote Amazing Adventures #11, with the Beast first in his furry form, but you picked up the series with issue 12. Whose idea was it to turn him furry, and was there any reason beyond it being a new direction for the character? 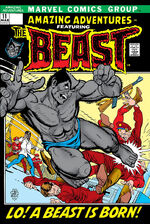 I think the idea was Roy Thomas's. It was around the time that Subby got black leathers, and the reason in both cases, as I understand it, was to make them more visually striking — in the Beast's case, as part of a new direction, as you say. For the same reason, his light gray fur later changed to dark gray to make him more striking. That new direction, in addition, was around the time that Werewolf by Night and the other monster characters were doing well, so that's why he got more "werewolf"-like in appearance. I kind of dug it, since he had to expand beyond simply using big words.

During the 70s, you wrote a lot of minority characters (Luke Cage, Shang-Chi, Mantis in Avengers, Captain America and Falcon) during a time when the comics industry was fairly white. Was there a bigger purpose at play here, such as broadening the range of characters? Or were you just writing characters you thought were interesting?

With the exception of Shang-Chi and Mantis, I wrote the characters I was given; that's how it worked then. But I wanted every character I wrote to be the best he could be, and I'm a liberal, and it was the ’70s, so I had no problem writing anyone. Another writer at the time told me, "You know, the only characters we can really write are white men," and I vehemently disagreed. Blacks and Asians - and women - and later, gays - they're all individuals, and I tried to see what made each one unique. (I was going to say "they're all human beings," but of course, in comics that's not always true. :-) )

Overall, Luke Cage was an attempt to (a) cash in on the blaxploitation craze, and (b) broaden the audience, and I would think the Falcon was an attempt to broaden the audience, because that's what Marvel was about. Shang-Chi was the result of Jim Starlin's and my enthusiasm for the Kung Fu TV series, and Mantis was Vietnamese because of the war (though later she got a German father to tie some plotlines together).

You've left quite a legacy at Marvel. What do you think when you see storylines today utilizing characters you created, or referencing storylines you originally wrote (such as Hawkeye and Mockingbird focusing on your Phantom Rider plot from West Coast Avengers, Mantis and Star-Lord being in Guardians of the Galaxy, Shang-Chi's occasional resurgence, Ed Brubaker utilizing the 1950s Captain America in a recent story arc, etc.)?

Like I said, I don't see what's going on today, but I know comics continue after the creators leave, so I wish everybody well with those guys.

Once again, thank you Mr. Englehart. And for anyone looking for a truly great insight into his own thoughts on his work (both comic and non-comic) over the years, be sure to check out Steveenglehart.com.

Retrieved from "https://marvel.fandom.com/wiki/User_blog:GrnMarvl14/Q%26A_with_Steve_Englehart?oldid=1452600"
Community content is available under CC-BY-SA unless otherwise noted.