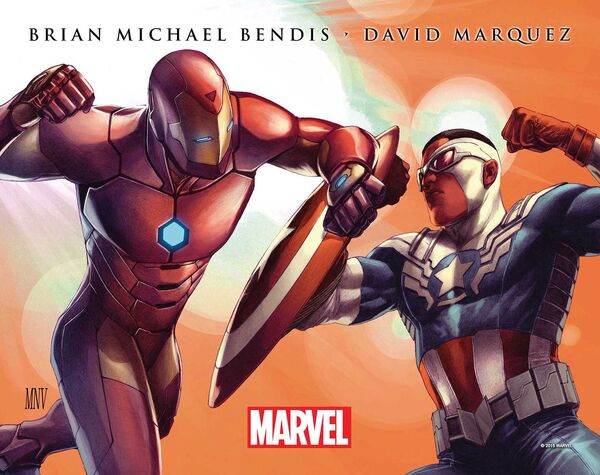 Hey everyone, it has been a long time since I posted a blog since June and recently when I was reading Civil War II and its many tie-ins, the event had continued to piss me off with every single issue that came out. Here's the reasons why:

No Matter What, Tony Stark is Right 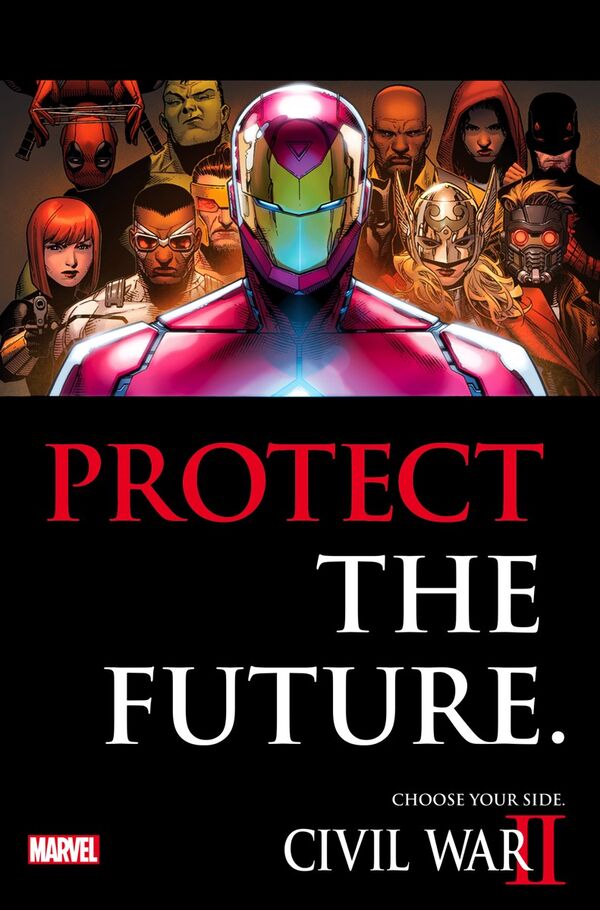 Before the event had started, I will admit that I had mixed feelings on this Civil War II because I thought Marvel was going to villainize Tony Stark again just like in the Avengers: The Crossing, the original Civil War, and Superior Iron Man and make him an arrogant piece of ****. However, as I read the issues one by one, I began to realize that Tony Stark is actually the true hero of the story as he investigates Ulysses' brain and realizes that his brain, and I quote: “automatically absorbs data and energies cascading from all over the world in order to create his visions, which are nothing more than the result of a complex algorithm, with an actual probability percentage of ten percent.” I also gained a true respect for the character as he FINALLY listens to Captain America on morality and recognizes the point that you can't imprison anyone until evidence is given and recognizes that Captain Marvel's point of view is wrong on so many levels. But then Captain Marvel doesn't freaking listen and starts abusing Ulysses' powers to crazy max levels in which I'm pretty sure that by this point everyone (I mean comic book readers) is on Tony Stark's side. Even T'Challa and Blue Marvel, her teammates on the Ultimates, are shocked and uneasy by her using Ulysses, but then she cuts them off by basically saying a big F*** you. Speaking of Captain Marvel...

We Already Know that the Future is Not Set in Stone

Captain Marvel is the True Villain of this Story 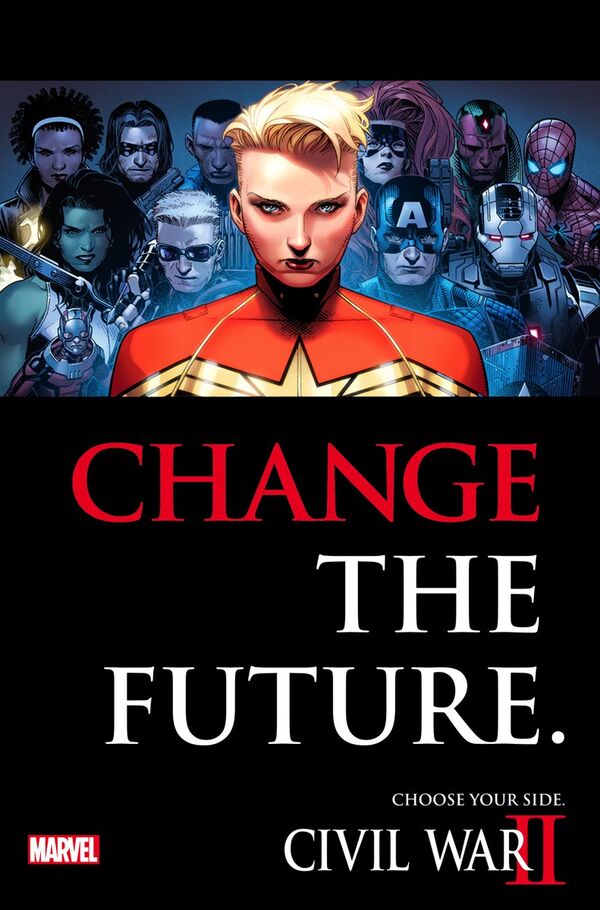 Since Civil War II Issue #0, this event had planted the seeds for my increasing loathing against Captain Marvel. First of all, after her boyfriend War Machine dies and starts using Ulysses, her only reasoning behind profiling people is "Rhodey would've wanted it" or "Ulysses predicted on how Thanos was coming to Earth and other bulls***". To me, the death of a loved one does not justify the fact that you can be a total b**** to other people and not listening to other people on how you're wrong. Like for example, in the Ultimates, when the team arrests Alison Green for being a sleeper agent for Hydra, Blue Marvel and Black Panther question her about not respecting this individual and her rights and she gets all defensive by saying Ulysses predicted Thanos and the Infinaut. Another example, in Civil War II #4, when Tony Stark was giving his explanation on Ulysses' brain and how the Beast confirmed that Tony was right ALL ALONG, she uses the argument that "Rhodey would agree" and flies off. Later on during the issue, T'Challa and even Maria Hill tell her that she needs proof and Carol snaps at them saying "We'll find it" even though earlier S.H.I.E.L.D. found nothing that can link her to HYDRA and on that briefcase. You know what Carol? F*** you, I'm on Iron Man's side because you clearly have Rhodey issues (and also daddy issues).

Captain Marvel may win this Civil War either way 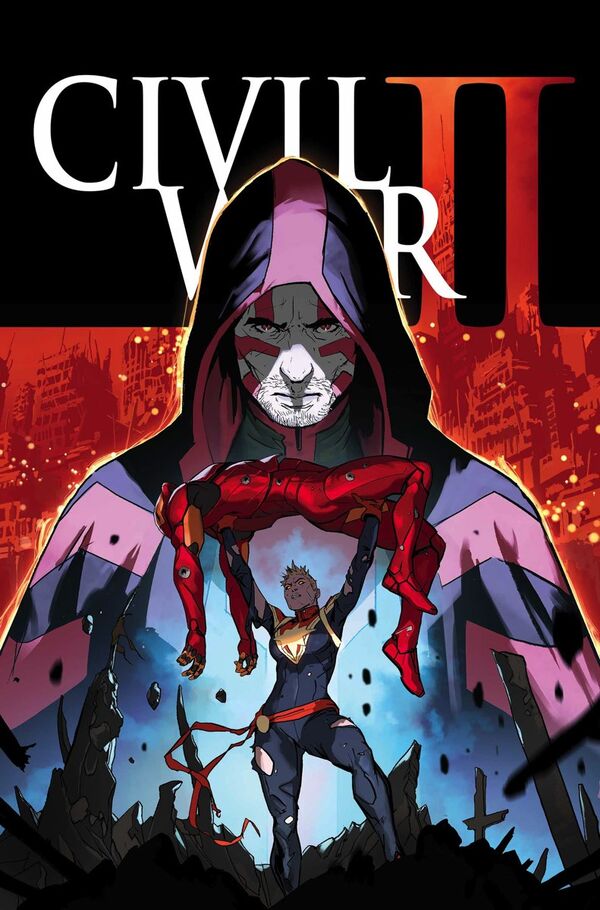 Despite that Iron Man clearly has a logical explanation for how Ulysses' brain works and totally proves Captain Marvel wrong on so many levels, I am getting a vibe that Captain Marvel, that stuck-up b****, might win this Civil War due to a number of reasons. First of all, Tony Stark is nowhere to be found on the Marvel Now teasers and the Invincible Iron Man series is entirely focused on Riri Williams as Ironheart (not that Japanese chick that was in that porn parody, mind you). Another reason I think of this is because in the comic book cover on Civil War II #7, you can clearly see Crol lifting up Tony as if she was going to break his back just like how Bane broke Batman's back. Sorry Iron Man fans...

The Way Characters Choose Sides Pisses Me Off

Okay, okay, this is more like I don't like how some characters are on what I feel is the wrong side for them. For example, in the first Civil War, Captain America (Steve Rogers) argued that superheroes and regular people had the right to be free. But in this Civil War, I feel that Captain America is a hypocrite by joining Captain Marvel's team for no reason other than the fact Ulysses' predictions were true. The other characters that I feel that they are on the wrong side is Peter Parker, T'Challa, and Blue Marvel. For Peter Parker, the motto with "great power comes great responsibility" should definitely play a role in this event and he should recognize that Ulysses' great power could lead to disastrous things. For both T'Challa and Blue Marvel, since they had experiences as black people, I feel that their experiences dealing with racism and profiling should contribute to choosing Iron Man's side, but I guess not. However after the Hulk is killed and the secrets of Ulysses' brain is revealed, NOW suddenly Captain America is convinced and Black Panther and Blue Marvel still stick with Captain Marvel despite the way she treated them in the recent Ultimates issue.

Hmmm, I don't know if anyone noticed, but take a look at Ulysses' facial expression. It seems like Ulysses is somewhat angry at something but I don't know what. Also, notice how Ulysses is the focal point of the cover. I'm beginning to suspect that Ulysses not only has precognition powers but that he is able to make these visions come true either unconsciously or willingly, to the point where I think that Ulysses would become a villain. By this point, you are probably thinking "Pokemonmewtwos, that is absurd, you can't possibly think that he would possibly become a villain!", but here me out. Ulysses has predicted successfully without any flaws that certain events were going to happen and somehow, somehow, they manage to be correct, EVEN THOUGH Iron Man had stated that the visions came true at a 10% CHANCE. Also, the way that Ulysses predicted that Old Man Logan was going to kill Gabby and the Clash betraying Spider-Man was because of direct interference from S.H.I.E.L.D. and Spider-Man himself that led to these events happening, leading to a "self-fulfilling prophecy". A third reason I think that Ulysses is a villain is because I think in the Marvel NOW! relaunch, the solicitation of a variant cover Uncanny Inhumans #15 shows Medusa becoming bald and we already know that Medusa supports using Ulysses because he's an Inhuman.

So what do you guys think? Do you think Iron Man is right? Do you think I'm wrong? Do you have any other reasons why Civil War II pisses you off? Let me know in the comments below!

Retrieved from "https://marvel.fandom.com/wiki/User_blog:Pokemonmewtwos/WHY_CIVIL_WAR_II_PISSES_ME_OFF?oldid=3648441"
Community content is available under CC-BY-SA unless otherwise noted.