Official Handbook of the Marvel Universe (Vol. 2) #1
(December, 1985)
Vanaheim is one of the Ten Realms and exists on the highest level of the World Tree along with Asgard and Alfheim. Its inhabitants are the Vanir, who are the sister race to the Aesir of Asgard; sired long ago by Njord, who had taken a group of Asgardians to settle Vanaheim.[1]

The realm is filled with vast forests, fields, and planes. It has become home to various other races such as Rock Trolls and Ogres.[citation needed]

The realm is also filled with the ruins of gigantic, mountain-sized castles and citadels,[3] known as the "ruins of Vanaheim"[4] or as the "abandoned city of the Vanir".[5]

Vanaheim is represented in the Congress of Worlds by two Vanir senators.[2] Freyja represented her homeworld on the council for a while.[6]

The First God, Buri, bore three sons called Bor, Mimir, and Njord. Bor and his sons Odin, Ve, and Vili founded the race known as the Aesir, while Njord left and sired the Vanir and founded Vanaheim.[1][7]

In their early history, the Vanir built gigantic castles mountain-sized and citadels that could be seen from worlds away.[3]

They later grew weary of the warfare required to defend them, and decided to return into the forest, leaving their towers to fall apart,[3] known as the "ruins of Vanaheim".[4]

A few stories happened in Vanaheim, including the encounter of Old Loki and young Odin with Hriedmar and his sons Otr the changer of shapes, Fafnir the greedy, and Regin the vengeful, leading to the creation of the sword Gram and the later death of Regin and Fafnir at Sigurd's hand.[9]

The young king Odin of the Aesir tried to force the union of the two tribe, and went to war with Freyr and the people of Vanaheim. Seemingly over a matter of pride, Freyr refused to bend. He received support from Surtur of Muspelheim. The war ultimately ended with a peace treaty and marriage between the two royal families, as Odin was betrothed to Freyr's daughter Freyja. Their union marked the union of the two people.[10]

For the full presentation of this event, please consult the Aesir/Vanir War page.

During Ragnarök, Thor gathered the citizens of Asgard and headed to Vanaheim, where to either rebuilt the city or make a final stand. They eventually reached Vanaheim, under attack by Fenris and Durok. Beta Ray Bill returned,[11] and was left him to protect the realm while he continued his mission.[12]

While investigating Heimdall's Observatory Thor, Steve Rogers, and Iron Man were sucked into the portal, each waking up on different areas of the Nine Realms. Thor awoke in a deserted Vanaheim,[13] affected by Hela's machinations, and was soon attacked by the Enchantress,[13] who accused him of being the cause of the Realms imbalance (having brought Asgard on Midgard). He was then attacked by Hela, who attempted to use the imbalance to unite the Realms under her rule.[14] Thor, Amora, and Hela all ended up knocked out in the fight, with the two witches transported elsewhere with Mjolnir,[15] while Thor was retrieved in Vanaheim by Rogers and Stark.[16]

The War of Burning started across the Nine Realms, but truly erupted when Leah went to Vanaheim and proposed Surtur's technology to Vanaheim steward Gullveig, who then burned down the Temple of Union.[17] The Asgardians (Aesir and loyal Vanir alike) attacked Vanaheim while the rebel Vanir invaded all of the realms.[18]

For the full presentation of this event, please consult the War of Burning / Everything Burns page.

A group of Dark Elves refugees went to Vanaheim to hide in the ruins, but were slaughtered by Malekith. They were soon found back Thor who traveled to Vanaheim with the League of Realms.[3]

When Baron Zemo used the Norn Stones; Hulk was transported to Vanaheim.[19] Hulk still had the Bloodaxe was attacked by a group of Ogres who had the Vanir imprisoned but the green monster took care of them with a powerful thunderclap. He was thanked by the Warriors Three because of his immense strength and "gift of battle".[20]

Falcon showed Hawkeye his upgraded weaponry for the group, when an Asgard rune transported them to Vanaheim. Once there, a Shadow Nyx drained the electricity from it and they were saved by Freya. Falcon managed to repel the Shadow Nyxe from overtaking Vanaheim by restarting the great light that kept them at bay.[21] 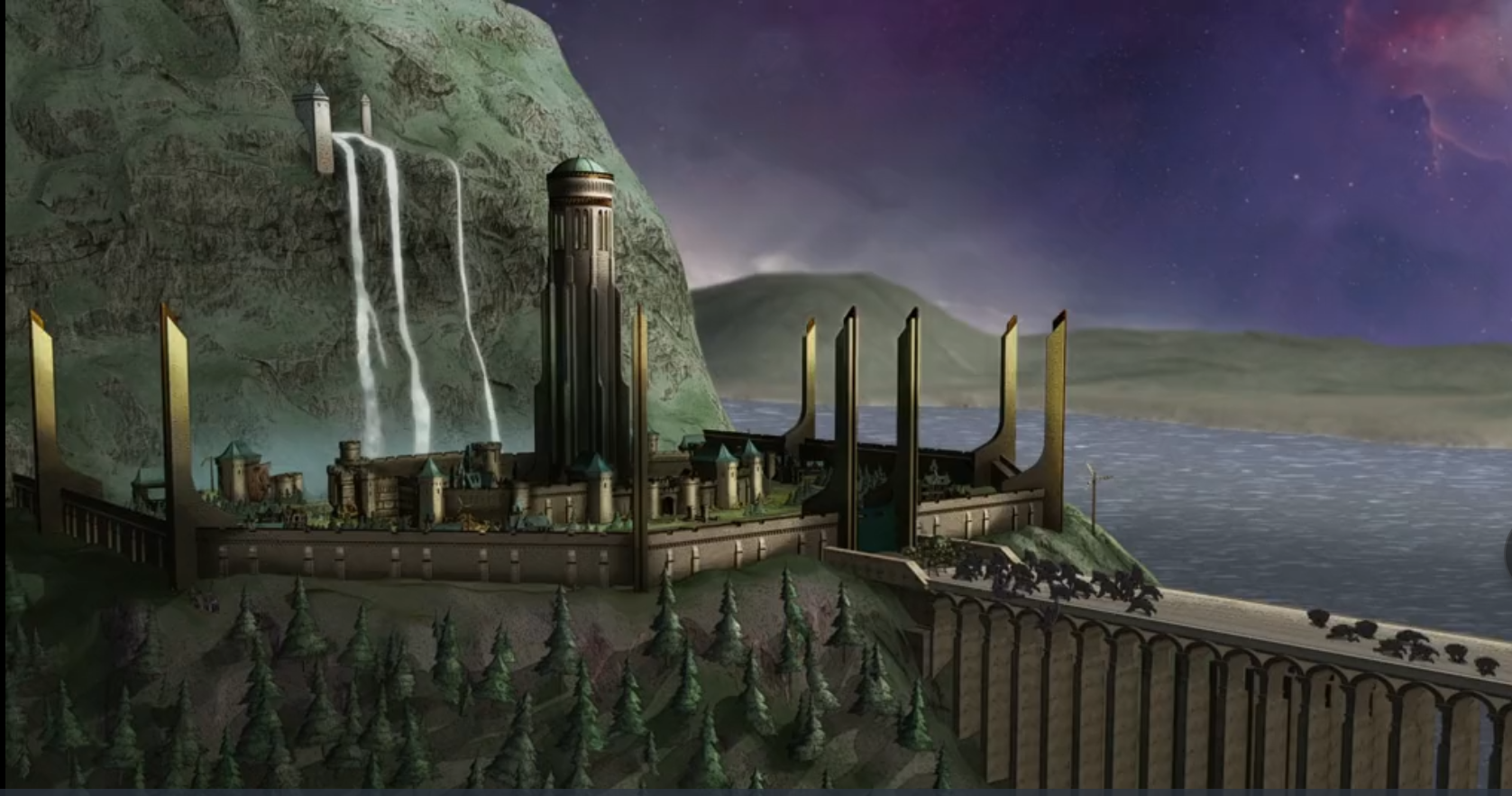 The Vanaheim System included the planet Vanaheim, the home of Hogun, a forested world and his people live a nomadic lifestyle. The realm was invaded by the Marauders. Thor, Lady Sif, and the Warriors Three defeated the Marauders. During the convergence two Royal Air Force jets were transported to Vanaheim, but they were able to return through another portal.[22]