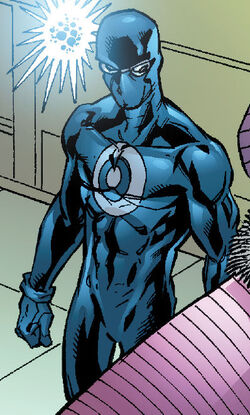 Warp used his teleportation powers to become a master thief. He took a job from Ulik and Sylene, Loki's daughter, which he thought was the kidnapping of Kevin Masterson. When he learned it was in fact a plot to kill everyone on Earth and recreate Asgard, he sided with A-Next. After this adventure, he joined A-Next.[citation needed]

Like this? Let us know!
Retrieved from "https://marvel.fandom.com/wiki/Warp_(Earth-982)?oldid=5681180"
Community content is available under CC-BY-SA unless otherwise noted.