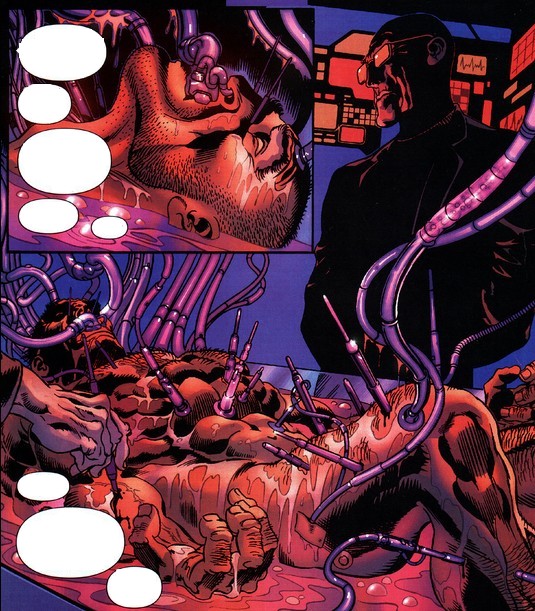 Weapon X was a para-military program ran by The Professor and his staff.[1]

After experimenting on the mutant John Howlett, who possessed bone claws, John escaped from the Weapon X Facility and they continued their experiments on new subjects, including John's brother James Howlett a.k.a. Logan, who possessed the same mutation.

Under the orders of The Professor, Weapon X's first scientist Abraham Cornelius bonded Adamantium into Logan's skeleton and claws, resulting into creating their personal weapon.

However, Logan successfully escaped from the facility and the program was closed years later.[2]

Retrieved from "https://marvel.fandom.com/wiki/Weapon_X_(Earth-4011)?oldid=5552276"
Community content is available under CC-BY-SA unless otherwise noted.