Part of the Necrosha event

Vanisher, after sleeping with three Portuguese girls, starts coughing up blood, mostly due to time travel sickness and having a tumor in his brain. He then teleports to Utopia, he narrowly avoids being decapitated by Tarot's projection of Death. Cyclops, fighting the Hellions, orders him to take Emma to safety.

Elsewhere on Utopia, the X-Men are pressed hard against mutants that have been declared deceased. For Archangel and Warpath, they are faced against Pyro and Berserker. They tell Hrimhari to get Wolfsbane inside. However, Scaleface chases them.

On Genosha, Selene can tell that Bard is hiding something, to which he reluctantly admits that Cypher is not longer under his control. Selene commands him to send the Hellions to retrieve him.

Above Utopia, Jetstream flies Wolverine high in the sky. Then he receives the command from Selene and drops Wolverine before going to his assigned task, so do the other Hellions. Just then, Banshee appears, letting out a huge scream, before he realizes what he was doing but is controlled again. After Vanisher teleports them to safety, Cyclops calls the Cuckoos to find Selene.

Elsewhere, Blindfold waits for Warpath to crash in, having been pounded by Risque. She pleads with him to run, before telling him that Bard did this to her.

On the beach, Archangel disembowels his foes. However, the techno-organic virus is putting them back together.

Hrimhari manages to escape Spyne as he made it to Utopia's medical bay. However, he finds out that Elixir is unavailable.

In the X-Brig, Harry Leland and Shinobi Shaw start killing Sebastian and Empath. Danger quickly reactivates and blasts off Shinobi's arm, preventing him from killing his father.

Meanwhile, Bard uses the virus to resurrect the countless dead mutants all over Genosha. This event is first detected by Bastion and then by Cerebra, as the number of mutants keeps rising.

NECROSHA continues here!! The resurrected dead lay siege to the X-Men's headquarters, and the fight to survive the Black Queen's vengeance begins. But while Warpath and Wolverine realize what's happening, they may be too late to stop it. Because Selene is already well on her way to achieving ultimate power half a world away. And as the rest of the X-Men fight mutants back from the dead, Wolfsbane struggles to survive a very different threat. PLUS!! The long awaited return of the VANISHER. PART TWO (of FIVE) 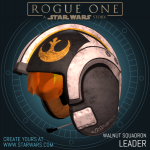