X-Men: Days of Future Past (film)

X-Men: Days of Future Past

X-Men: Days of Future Past

MPAA: PG-13 for sequences of intense sci-fi violence and action, some suggestive material, nudity and language

Charles, we need you to hope again.

So many battles waged over the years - and yet, none of them like this. Are we destined to destroy each other, or can we change who we are, and unite? Is the future truly set?

In the year of 2023, in a dystopian environment where chaos, fire, and hell run rampant, giant robotic machines called Sentinels roam around the burning rubble, hunting down mutants and anyone else who takes their side. Most mutants were taken down one after another, among them some of the X-Men, struggling to survive the slugfest around them. Amidst the chaos, Kitty Pryde, having unlocked a new ability, sends fellow X-Man Bishop's consciousness back in time to avert a conflict between the Chinese and Russians and warn the other mutants thriving months earlier, which they did successfully.

A few minutes later, the X-Jet arrives, carrying Wolverine, Storm, Professor X and Magneto. Professor Xavier explains everything about how the attack came to be: in 1973, when Bolivar Trask, creator of the Sentinel Program, claimed that he could unite both humanity and humankind against a common threat, hiding in the shadows, Mystique, who discovered his callous experimentation of the X-Men and the Brotherhood of Mutants, assassinates him out of revenge, and triggers the U. S. Army to deploy the program, not before abducting Mystique and using her DNA to enable more advanced models of Sentinels to adapt to any mutant capabilities, resulting in a chain of events that led to the dystopic 2023.

Xavier at first requested that Pryde send his consciousness back to 73, but is informed that she can only send those a month earlier without damaging their brains. Luckily for the group, Logan agrees to volunteer since his mutant healing factor prevents enough damage to his system during the procedure. After minutes of extreme pain and discomfort, Kitty manages to send Logan's consciousness back to the designated year to avert the assassination.

In 1973, the year when Bolivar Trask begins his announcement with the Sentinel Program, Logan wakes up, finds himself naked, lying on a bed next to a woman, in a bedroom, when three men enter and after a bad conversation, were killed after attempting to gun down at Logan.

Grabbing a car for the X-Mansion, realizing it had been shut down. He stumbles into a younger Hank McCoy and after refusing to let him in, Logan forces himself in, searching for the whereabouts of this time's Charles Xavier. Provoked, Hank transforms into his Beast state and attacks Logan. Later, Xavier arrives on the scene and stops them. Charles tells him that the teachers and staff were sent into the Vietnam War.

Charles, having turned to alcoholic habits as he shunned his mutant abilities by using a serum to suppress his powers, agrees to help Logan bust Magneto, incarcerated for the death of President John F. Kennedy, out of his cell in the Pentagon made out of plastic.

In Vietnam, four mutant soldiers, including Havok and Toad, are put in a quarantine just before they were going to be sent home. A group of soldiers, led by a young Major William Stryker, comes to take them to Trask Industries so that they can be tested on. A General interrupts, however, revealing himself to be Mystique, they escape and Mystique breaks into Trask Industries and finds autopsy files on mutants, some of them are revealed to be Angel and Azazel. This is the reason she made a vendetta against Trask.

With the help of another mutant, named Peter Maximoff, with the ability to run at super speeds, they manage to infiltrate the Pentagon and free Erik. Allowing Peter to board a private jet en route to Paris, Logan explains everything to Lensherr. Erik claims to Charles that President Kennedy's death was caused by an accident when he was trying to save him, alleging him a mutant as well. A fight later breaks out between Charles and Erik. Charles accuses Erik of having taken what meant the most to him and abandoning him. Erik, on the other hand, retorts by saying that Charles failed to protect his mutant brothers and sisters like Emma, Banshee, Azazel, and Angel; since they are now dead. Erik's fury almost makes the plane crash but he eventually calms his mind and they get safely to Paris. After a while, they call a truce and play a game of chess.

As Mystique had knocked out and taken the form of a Vietnamese General. The next morning when Bolivar Trask, accompanied by Stryker, were going to show off the X-Gene detector to the Vietnamese officials it gave off strong reactions on one of the Generals and exposed the General as Mystique. She transformed to her normal self and taken out all but Trask. She was close to ending his life when Logan and the X-Men intercede. This gives Stryker the opportunity to tease Mystique. Magneto, however, re-directs the taser gun pins on to Stryker. Getting a sight of Stryker, Logan suffers from flashbacks during his days in the Weapon-X Program. These effects wear off after a few minutes, though. In 2023, Logan began spasming as a result, wounding Kitty and had his hands binded for precaution. Back in 1973, Magneto understands that Mystique could be a danger to all mutants and he tries to kill her with the gun. Mystique tries escaping but is hit in the leg due to Erik's powers. They fight on the street outside and after a while, Beast joins the fight. But when the police arrive, they are forced to scatter.

Trask now manages to convince President Richard Nixon to initiate the Sentinel Mark I program and they decide to show the eight Sentinels already done to the public. He explains that the Sentinels include no metal, so they cannot be controlled by Magneto.

As Magneto runs into Mystique, who refuses to help him, he finds his familiar-known helmet with Angel's wing and Havok's chest plate.

When Charles makes his way to New York, his legs starts giving out and his powers start to return. He is about to take more of the serum when Logan tells him that he will need his powers to find Mystique. Unable to use Cerebro, Logan allows Charles to use his powers on him, which begins a conversation with his older self. The older version of him tells the younger one that he missed one of the most human powers of all: Hope. He shows himself some of the brightest and most beautiful memories of his life to inspire himself. Returning to normal, they were able to use Cerebro. He finds Mystique in an airport and uses the people around her to talk to her but she refuses to listen. He does, however, learn that she is going to Washington D.C. Monitoring, Hank finds out that D.C. is where the Sentinel program will be held out. With no time to waste, the X-Men take the jet to D.C. and on the way there Logan had Charles promise that no matter how it goes, he will still bring together the X-Men in the future.

The Sentinels had been put on a train to D.C. the night before and Magneto had jumped onto one of the train cars. He then used the steel tracks of the railroad and inserted it into the Sentinels so that he would be able to control them.

In 2023, Kitty is struggling to stay alive. She is losing a lot of blood. Amongst this, the Sentinel Mark X:s are swarming in. Blink, Bishop, Storm, and Magneto manage to hold them at bay for some time with additional assistance from Colossus, Sunspot and Warpath. But one by one the X-Men and Free Mutants are killed. A mortally wounded Magneto parts with his old friend Charles in peace. Iceman is now the only thing in between Logan, Kitty, and the Professor, and he is quickly subdued.

In Washington, 1973, Charles, Logan and Hank arrive in front of the White House at the great revealing of the Sentinels. Magneto sabotages the unveiling by throwing the Robert F. Kennedy Stadium straight to the White House as he takes control of the Sentinel prototypes. Meanwhile, Mystique tries to shoot Trask, disguised as a Secret Service agent, but fails to do so as Charles mentally stops her. Nixon, Trask, and the other government officials take refuge in a bunker underneath the White House. Right above them, Magneto drops the stadium to the ground, making it impossible for the police to get to the White House. A piece of metal debris hits Charles, trapping him. Wolverine later attacks Magneto, charging him head-on, but Erik uses nearby steel bars and hurls him at the Potomac River. Breaking into a bunker, he turns the cameras to the bunker and announces to the nation that he will avenge all the mutants these men had killed. A disguised Mystique shows up, reveals herself, and and shoots Magneto in the side of the neck with a plastic bullet, not to kill but to stun. Just as she is bound to kill Trask, Xavier telepathically persuades her to spare him. She kicks off Erik's helmet so Xavier can take control of him. He uses Magneto's powers to take away the metal debris and then sends him away after saying goodbye to both Mystique and him. Meanwhile, Logan is drowning in the river and his vision is darkening.

In 2023, now that Mystique made the choice not to kill Trask, the entire timeline never existed and the war with the Sentinels never took place.

Logan wakes up in 2023 in Xavier's School for Gifted Youngsters. He walks around in it and notices some big changes. Everyone he knew is alive and well, spotting Jean Grey, whom he killed years ago, and tries to approach her, only to be stopped by Scott Summers. Meeting with the older Charles Xavier, whom he also was aware of what happened. Smiling, Charles tells Logan that after he nearly drowned he was found by Mystique, disguised as Stryker, ending his narration with the statement that "If you throw enough pebbles in the river you can change the future". 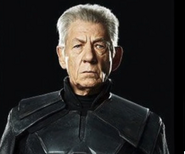 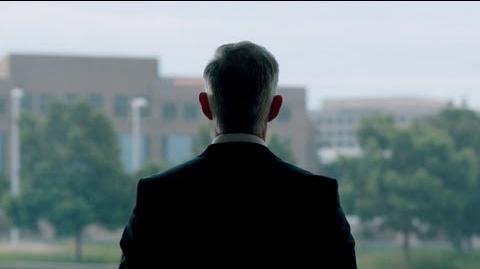 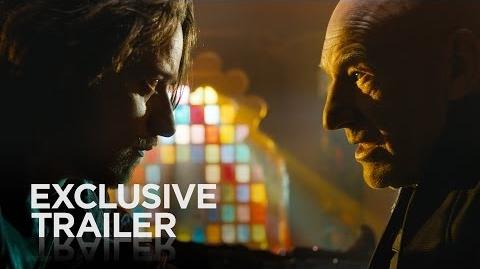 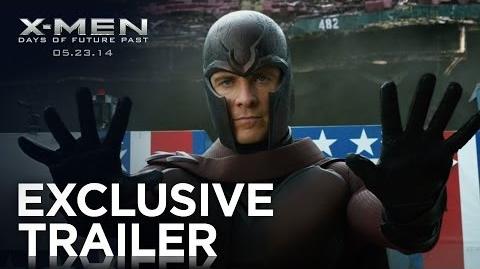