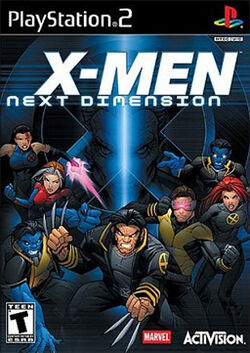 Narrated by Professor X, the game's plot is built around the Prime Sentinel, and his attempt to retrieve the head of Bastion. The game opens with Forge and other, more mainstream, members of the X-Men training in the Danger Room.

It's during this training session that the Juggernaut, joined by a few members of the Brotherhood of Mutants, such as Mystique, Toad, and Sabretooth, make their assault on the mansion. Xavier is curious as to the nature of their attack and sends Forge to investigate the grounds. He discovers that the attack was a distraction and that the grounds are now being patrolled by Sentinels.

Forge is subsequently abducted, and the Brotherhood retreats. Restrained in the company of Bastion, the seemingly-human Sentinel tells Forge he intends to use the Native American's mutant gift to bring about the extinction of mutants. He sends the Brotherhood to different locations across the world. The X-Men split up and engage each member in a bid to find Forge and stop the Prime Sentinel.

Narrated by Patrick Stewart (reprising his role as Professor Charles Xavier from the X-Men trilogy of films).

Like this? Let us know!
Retrieved from "https://marvel.fandom.com/wiki/X-Men:_Next_Dimension?oldid=6015455"
Community content is available under CC-BY-SA unless otherwise noted.