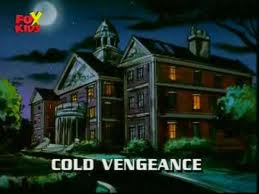 Wolverine flees to Canada to seek solitude in the Canadian wilderness. He finds peace among a group of Baffin Island Eskimos, only to discover Sabretooth has been stalking him and has taken the people of the village captive, and plans to kill them all. Wolverine is able to defeat Sabretooth and rescue the villagers. Back at the X-Mansion, Gambit tells the X-Men he heard the people at Genosha welcome mutants and he wants the team to vacation there. Professor Xavier sends Storm, Gambit, and Jubilee to Genosha as tourists. While in Genosha, Storm, Gambit and Jubilee are attacked and captured by a Sentinel.

The episode picks up where the previous episode, "Captive Hearts", left off, with Scott and Jean Grey wondering why Wolverine has run away. Scott is angry, but Jean realizes that Wolverine has left because of her.

Wolverine is cross-country skiing in Northern Canada, only to learn that Sabretooth has followed him, seeking revenge. The two fight, and Sabertooth throws Wolverine into the icy Arctic water far below. Wolverine soon resurfaces and clings to a floating block of ice, and Sabretooth taunts him from a distance, saying Wolverine will die, but Sabretooth will hunt him down anyway just for the pleasure of burying him.

Back at the mansion, Gambit reveals that he has heard of an island called Genosha, where mutants are welcomed, and suggests they investigate. Cyclops, obviously affected by Wolverine's disappearance, becomes angry, saying that Gambit just wants to "lie around on a beach". Nevertheless, Xavier says that a holiday might not be a bad idea. Cyclops decides to send Storm, Gambit, and (at her own insistence) Jubilee.

Wolverine is saved by a group of Inuit and taken back to their camp. He wakes up in the tent of the camp's elder, Pooyetah, who is amazed at how fast Wolverine has recovered from being in the ice. Wolverine, realizing that Buyeta does not know about mutants, says only that he is a fast healer, then insists that he do some work in order to repay Pooyetah for saving his life. He quickly picks up the tribe's fishing techniques, and impresses the locals with his strength. To his own surprise, Wolverine finds that he is happy in the village, and that he feels "at peace." However, Wolverine's popularity engenders the envy of one of the young men in the village, Kiyoek, who wanders away from the celebration and meets Sabretooth. Sabretooth reveals that both he and Wolverine are mutants, and orders Kiyoek to do as he says if the young Inuit wishes to see Wolverine gone.

Storm, Gambit, and Jubilee arrive in Genosha. The clerk at their hotel uses his computer to detect that the three of them are mutants, and assigns them to stay in Bungalow 12.

Kiyoek lures Wolverine away from the fishing camp by going on a hunting trip, but while they are gone Sabretooth burns down the camp and abducts the people. Wolverine realizes that he will never be able to escape the life he left behind, and goes off to face Sabretooth. Kiyoek follows him, determined to make amends. When they find Sabretooth, he has tied the villagers to an ice bridge rigged to explode. Wolverine and Sabretooth fight. When Sabretooth gains the upper hand, Kiyoek intervenes, giving Wolverine enough time to recover. Sabretooth charges at him, but Wolverine ducks out of the way and Sabretooth falls into a chasm and disappears. Wolverine and Kiyoek save the villagers. Pooyetah says that, with the village burned down, the villagers will now move to the city, and the young ones (such as Kiyoek) will find a new way for the people to live.

That night, the three of them are gassed in the Bungalow. They make it outside, but find they are surrounded by soldiers. They put up a fight, but are soon captured by a Sentinel.

Retrieved from "https://marvel.fandom.com/wiki/X-Men:_The_Animated_Series_Season_1_6?oldid=5223309"
Community content is available under CC-BY-SA unless otherwise noted.