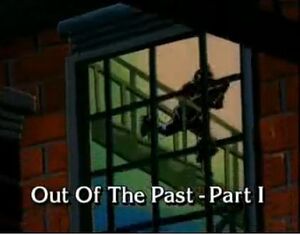 Appearing in "Out of the Past - Part I"

Synopsis for "Out of the Past - Part I"

Wolverine is lured into the Morlock tunnels by a former lover who is accompanied by a group of cybernetic mercenaries called Reavers. Wolverine discovers this woman he used to love isn't the woman he once knew, as she's gone through the same cybernetic alterations that the Reavers have, and a new moniker, calling herself Lady Deathstrike. She has discovered a long buried alien craft and needs Wolverine's adamantium claws to cut it open.

Like this? Let us know!
Retrieved from "https://marvel.fandom.com/wiki/X-Men:_The_Animated_Series_Season_3_1?oldid=6499593"
Community content is available under CC-BY-SA unless otherwise noted.