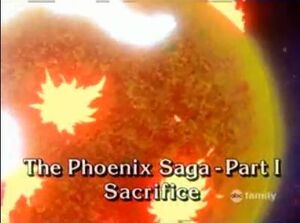 Professor X's visions leads to his decision to blindly send the team to commandeer a space shuttle on which they are then attacked by Shi'ar agent Erik The Red who has plans to ambush the rebel, Lilandra when she exits a space wormhole. Jean Grey experiences a transformation as the shuttle travels through an energy field.

Like this? Let us know!
Retrieved from "https://marvel.fandom.com/wiki/X-Men:_The_Animated_Series_Season_3_3?oldid=6499605"
Community content is available under CC-BY-SA unless otherwise noted.