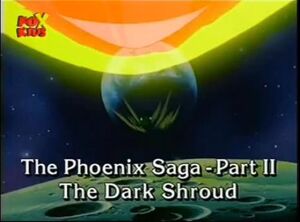 A psychic probe in the form of a beam of light causes Professor X's to emit a psychic projection of his dark side which then attacks the X-Men. Professor X retreats to Muir Island for rehabilitation but is visited by Lilandra.

Like this? Let us know!
Retrieved from "https://marvel.fandom.com/wiki/X-Men:_The_Animated_Series_Season_3_4?oldid=6514351"
Community content is available under CC-BY-SA unless otherwise noted.