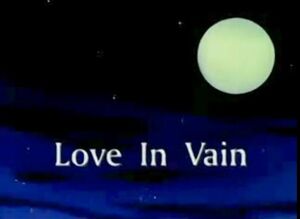 *sigh* Y'all got no idea what you got there. What I'd give...*weeping*

Appearing in "Love In Vain"

Synopsis for "Love In Vain"

Rogue's childhood sweetheart, the boy whom she put into a coma when her powers first manifested, returns to her life unexpectedly. But what strange connection does he have with the bug-like aliens Wolverine encounters in the desert?

Retrieved from "https://marvel.fandom.com/wiki/X-Men:_The_Animated_Series_Season_4_14?oldid=6499617"
Community content is available under CC-BY-SA unless otherwise noted.